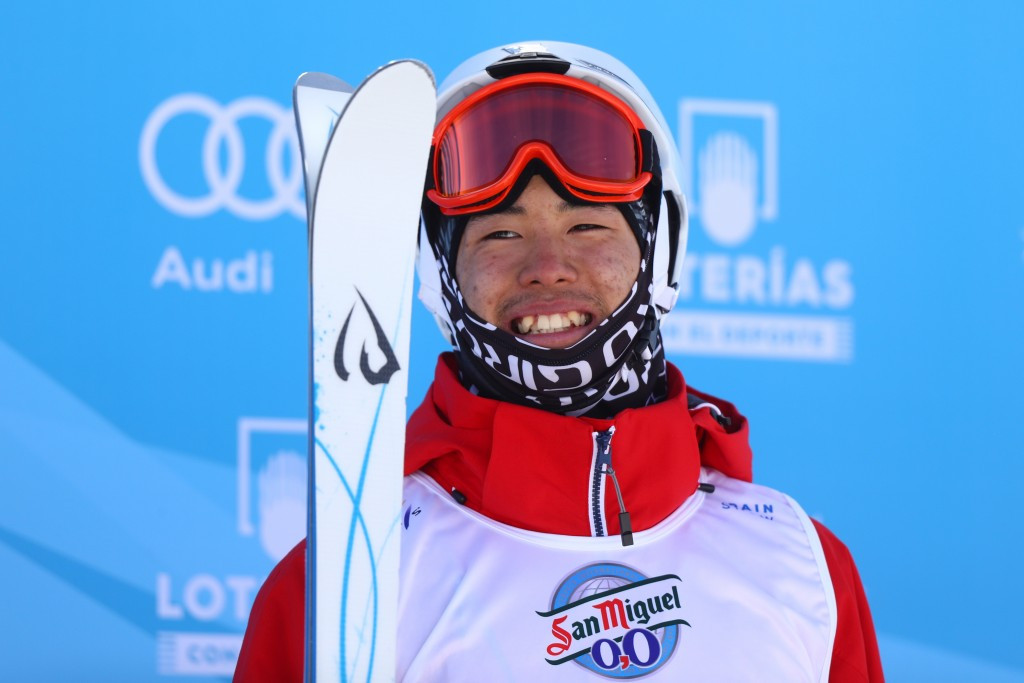 The 19-year-old registered a winning score of 88.54 points, with Cavet second on 87.11 and Kingsbury, the winner of seven consecutive World Cup events prior to the Championships, third on 82.85 after missing a landing in his final run.

"I went for aggressive skiing, and I felt good today," Horishima said.

"I felt a lot of pressure today, as I ski on the World Cup against Mikael Kingsbury and Ben Cavet and I know how good they are.

"This has been my best season to date on the World Cup, but in the back of my mind I was always focusing on Sierra Nevada.

"And so to come here and ski the way I did just a couple of minutes ago…I couldn’t be happier."

Action in Sierra Nevada is due to continue tomorrow when the medallists in the men’s and women’s dual moguls will be decided.

Qualification is also scheduled for the men’s and women’s aerials and slopestyle competitions.