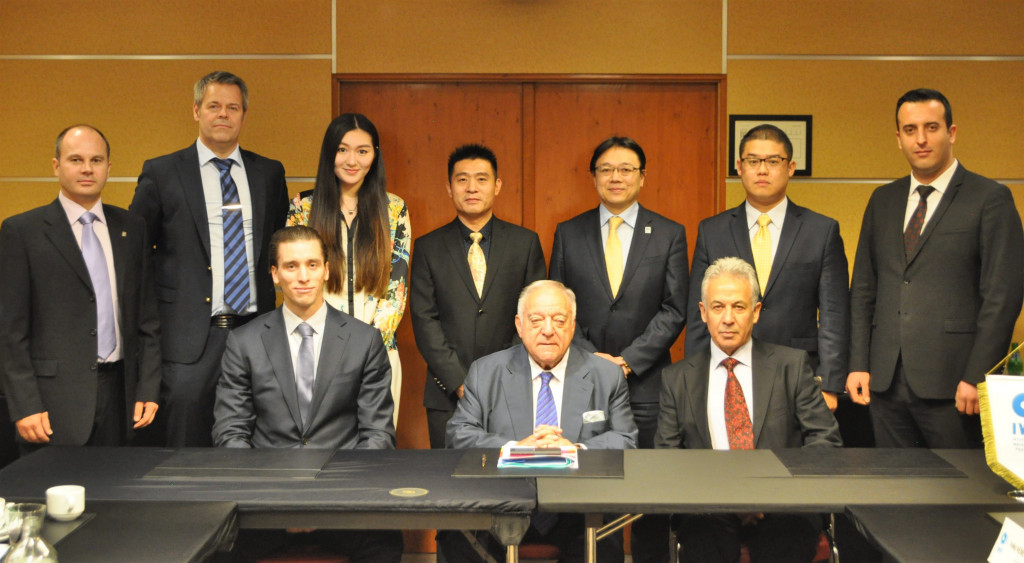 The International Weightlifting Federation (IWF) has held a meeting in Budapest with five of its certified sport equipment suppliers, each of whom have "renewed their traditional and mutually beneficial cooperation" with the world governing body.

DHS, Eleiko, Uesaka, Werksan and ZKC were all represented at the meeting spread across two days in Hungary’s capital.

They all affirmed their desire to continue being exclusive suppliers at major IWF events and also held discussions on the potential opportunities presented by the new Olympic cycle’s calendar.

"We are pleased and honoured to extend our partnership for another Olympic cycle, and offer our full commitment to the IWF and the beautiful sport of weightlifting," Erik Blomberg, chief executive of long-term IWF partner Eleiko, said.

Werk San President Kemal Özkül said the company, which describes itself as the official North American supplier of the world's toughest barbells, bumper plates, and Olympic weightlifting apparel and accessories, was "honoured" to take part in the summit.

"We are thankful for the hospitality of the IWF family and very glad to sign our agreement for the next Olympic term," he added.

IWF President Tamás Aján said the organisation was "extremely satisfied" to sign up their long-standing partners for another Olympic term.

"The innovative approach of these companies - working not only on product development but investing in our athletes and sport - makes us proud and willing to ensure the best cooperation possible in the future," he added.

Eleiko were a partner of the 2015 IWF World Championships in Houston, where the equipment used carried the colours of the American flag.

All of the weights incorporated an "Americana" theme with red, white and blue colouring as well as stars to represent the flag.