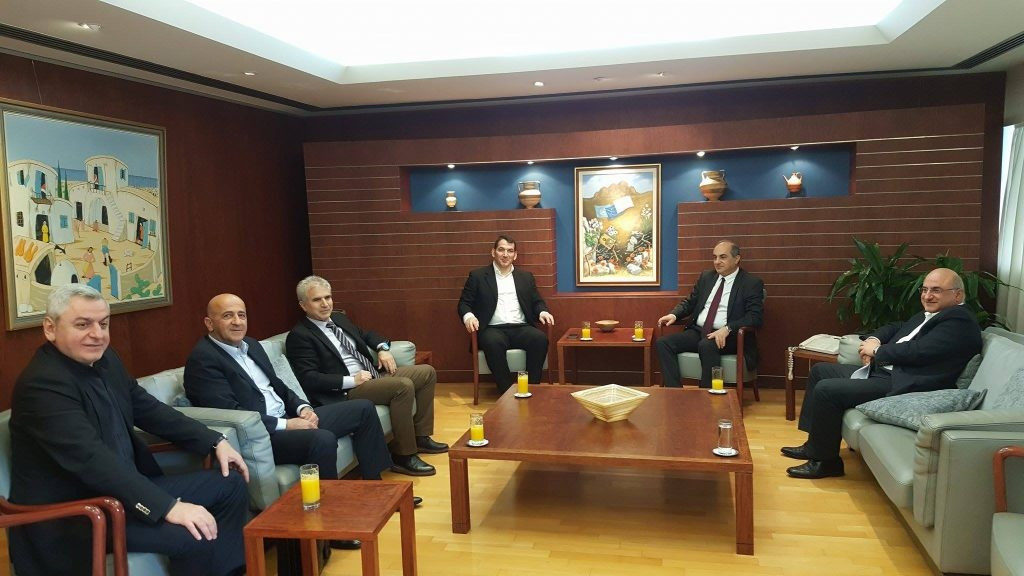 Greece's International Weightlifting Federation (IWF) Executive Board Member and four-time Olympic medallist Pyrros Dimas has visited Cyprus to talk about the promotion and development of the sport in the country.

In addition to conducting talks with Andreas Roumbas, President of the Cyprus Weightlifting Federation (CWF), Dimas also met with Cyprus' President of the House Dimitris Syllouris and the Minister of Education Konstantinos Kadis.

They led discussions where the "smooth functioning of the Federation and the support to weightlifting was assured from both sides".

Dimas was accompanied by the new President of the Hellenic Weightlifting Federation Konstantinos Korlos.

He used the opportunity to consult with the CWF on bilateral cooperation with Greece to help the development of the sport.

Dimas is a triple Olympic champion, winning his first title at Barcelona 1992 in the under 82.5 kilograms event.

At Athens 2004, Dimas failed to win the gold medal, but took bronze in the under 85kg, becoming only the fourth weightlifter in history to win a medal at four different Olympic Games.

Dimas was the flag bearer for the Greek team at Atlanta 1996 and at both the Opening and Closing Ceremonies of Athens 2004.

After earning the bronze medal on home soil, he signalled his retirement by leaving his shoes on the platform.