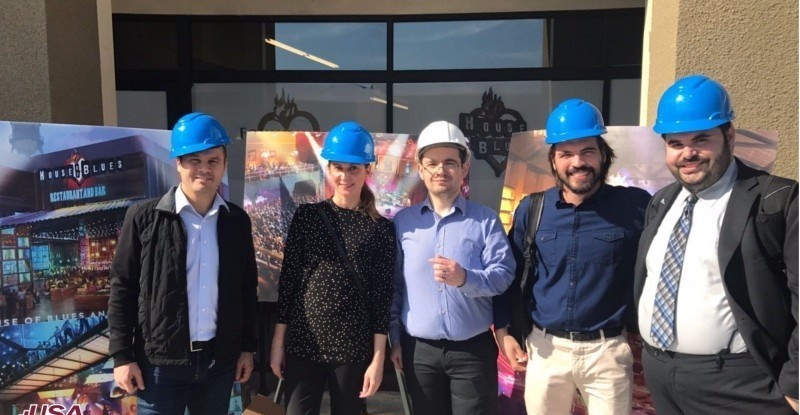 A delegation from the International Weightlifting Federation (IWF) has inspected preparations for this year's World Championships with a three-day site visit to Anaheim in California.

The IWF toured the competition venue, the Anaheim Convention Center, as well as the hotels that will serve as home for hundreds of athletes, coaches and technical officials at the event, due to run from November 29 to December 6.

Meetings were also held with the United States Olympic Committee, who expressed their support for the competition.

The Organising Committee discussed its creative vision for the event with Adamfi and IWF communications director Lilla Rozgonyi.

Plans for the competition space, IWF Executive Board and Congress meeting venues and marketing plans were also on the agenda, along with event ticketing, accreditation and spectator meal options.

The IWF was shown around potential Opening and Closing Ceremony venues alongside the Organising Committee, who have vowed to create "the most memorable World Championships yet".

Anaheim stepped in to replace Penang as hosts of the 2017 IWF World Championships in October after the Malaysian state encountered "difficulties", relating to domestic political problems which led to financial consequences, and resigned as organiser.

It will mark the first time in history that two successive editions of the event will have been staged in the US after Houston hosted the 2015 competition.

"We had great meetings with the IWF here in Anaheim," Andrews said.

"We look forward to continue finalising plans with our great partners at Visit Anaheim and the IWF.

"We cannot wait to welcome the world back to the United States."