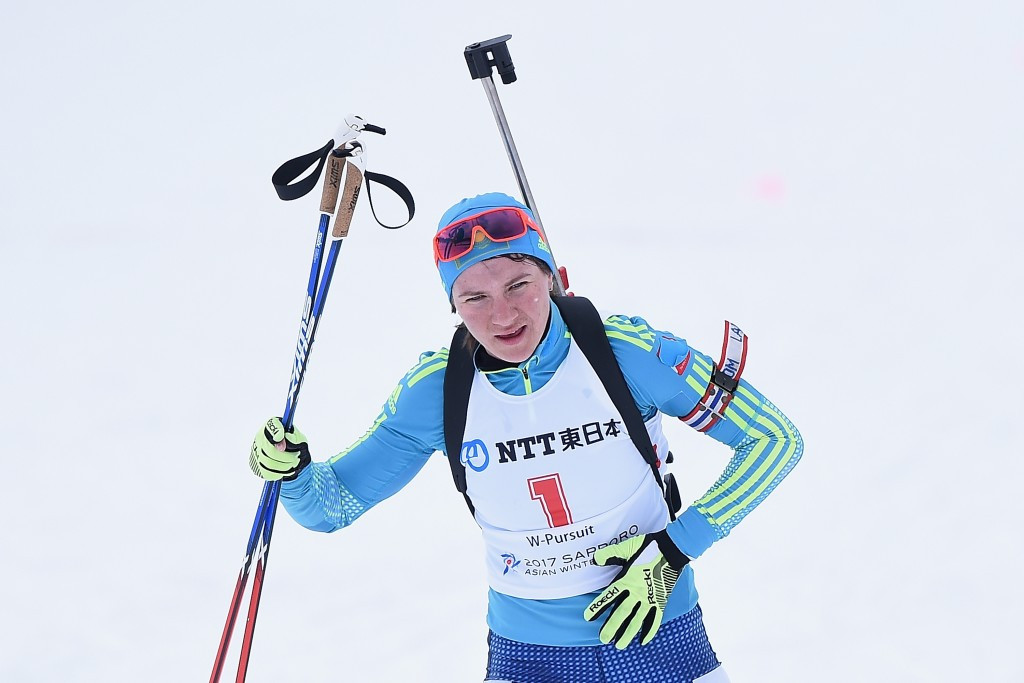 Galina Vishnevskaya made it four golds in biathlon today at the Asian Winter Games with victory in the 12.5 kilometres mass start event.

Her compatriot Alina Raikova came across the line 44sec adrift to claim the silver medal.

Kazakhstan's domination of biathlon competitions was further reflected as Darya Ussanova finished in third place with a time of 40:59.7.

But, due to the Olympic Council of Asia rule banning any country from taking a clean sweep of podium positions, Japan's Fuyuko Tachizaki took bronze after ending fourth in 41:25.4.

Yan Savitskiy has only been one notch behind Vishnevskaya in the corresponding men’s biathlon events.

He also claimed sprint and mixed relay golds before placing second in the pursuit behind Mikito Tachizaki of Japan.

He missed two shots today - one in prone and one in standing - but cruised around the 15km mass start course in 44:12.20.

It proved enough for a 41.9 victory margin over Wang Wengqiang of China, who only missed one shot but could not keep up on the skis.

Japan enjoyed another bronze medal courtesy of Kosuke Ozaki in 45:11.50.

Kazakhstan’s success came despite a fractious build-up in which the team were detained by police in Hochfilzen, amid doping suspicions during this month's World Championships.

But all 10 team members - including Savitsky and Vishnevskaya - subsequently passed drugs tests as no evidence was found by the police.