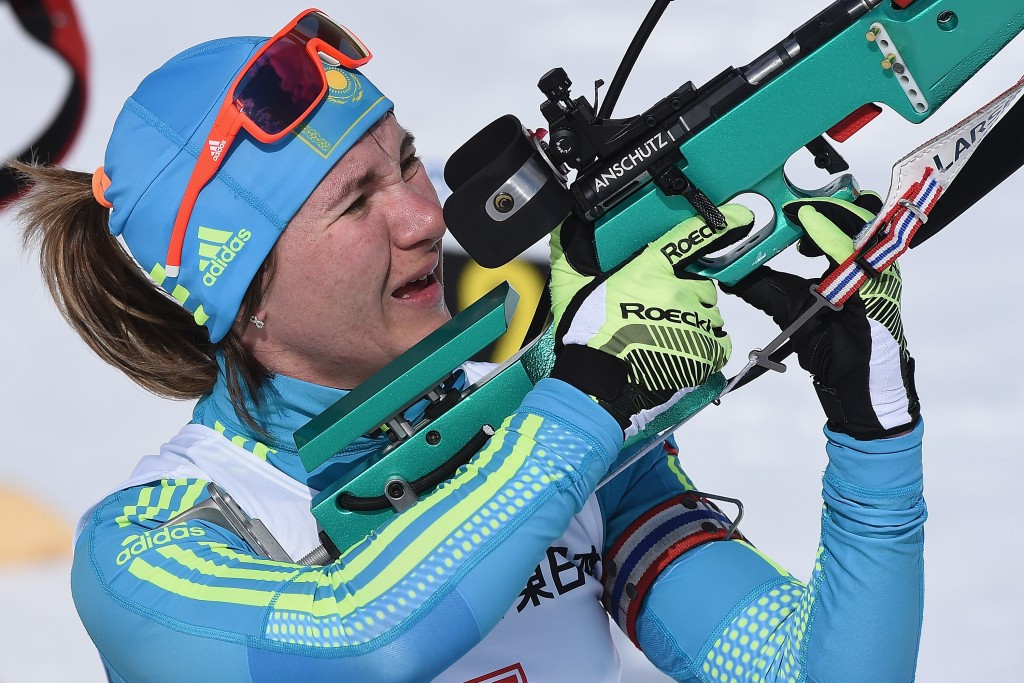 Kazakhstan’s Galina Vishnevskaya claimed her second gold of the Asian Winter Games as the biathlete secured a comfortable victory in the women’s 10 kilometre pursuit event today.

Vishnevskaya had triumphed in the 7.5km sprint yesterday and put in an equally strong performance to emphatically win the longer event.

The Kazakh completed the course at the Nishioka Biathlon Stadium in a time of 35min 3.1sec, with none of her rivals able to end within a minute of the time.

China’s Zhang Yan was the closest to the winner, but she would still cross the line with a 1:17 deficit to the double gold medal winner.

Kazakhstan were able to celebrate further success in the women’s event when Darya Ussanova secured the bronze medal.

There would not be double gold for the Kazakh team for the second consecutive day, as Yan Savitskiy was unable to repeat his triumph from the men’s 10km sprint.

He was forced to settle for a silver medal in today’s 12.5km pursuit competition, having been beaten to gold by Japan’s Mikito Tachizaki.

The two men had been separated by 20 seconds at the start and the incentive of gaining revenge propelled Tachizaki after his rival.

Success followed for the Japanese biathlete, after he ended the event in a time of 38:47.20 in front of a home crowd.

His time would be five seconds faster than Savitskiy managed to end as the runner-up.

Bronze was claimed by South Korea's Kim Young-gyu, who completed the course in 39:58.70.

Both Vishnevskaya and Savitskiy had yesterday hit out at their treatment at the World Championships in Austria earlier this month, following their gold medals.