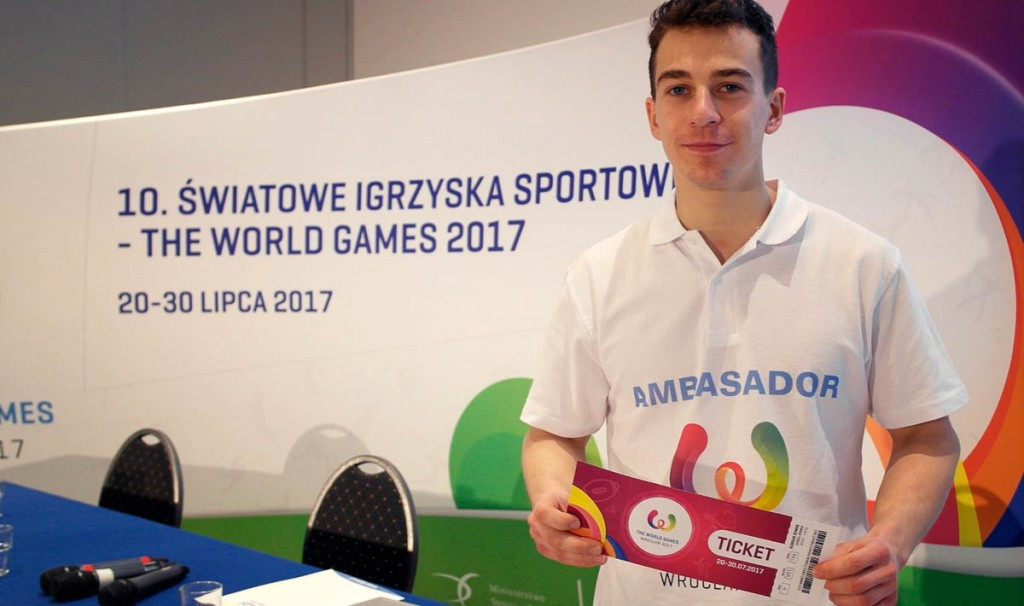 Polish sport climber Marcin Dzienski has been unveiled as the latest ambassador for the 2017 World Games in Wrocław.

Dzienski, who won the speed world title in Paris last year, has been nicknamed the "Usain Bolt of sport climbing" by the Olympic Channel.

The 24-year-old also finished in second place in the 2016 International World Games Association (IWGA) Athlete of the Year award, amassing 12,499 votes behind winner Sofia Olofsson of Sweden, who competes in Muay Thai.

"I am really honoured to receive the World Games 2017 ambassador title," he said.

"The World Games is the most important event for me right now and for the entire climbing community.

"I want to compete and deliver in Poland, in front of fans from my home country and from all around the world.

"I take this opportunity to praise the decision of staging the competition in Wroclaw’s historic city centre.

"I can’t imagine anything better than that.

"It will be truly spectacular.”

Dzienski will be hoping to add World Games gold on home soil later this year as sport climbing, which was added to the Olympic programme for Tokyo 2020 last year, is due to feature at Wrocław 2017.

The Polish climber enjoyed his breakthrough year in 2016 as he also won three World Cup rounds as well as his World Championships triumph.

"I have got it all, but now it is time for something even bigger - the World Games 2017," he wrote after clinching gold in the French capital.

The IWGA announcing Dzienski as the latest ambassador for the event, which is expected to attract around 4,000 athletes from 100 nations worldwide, comes after tickets for sporting action went on sale.

Wrocław 2017 have said seats for the Opening and Closing Ceremonies will be made available shortly.