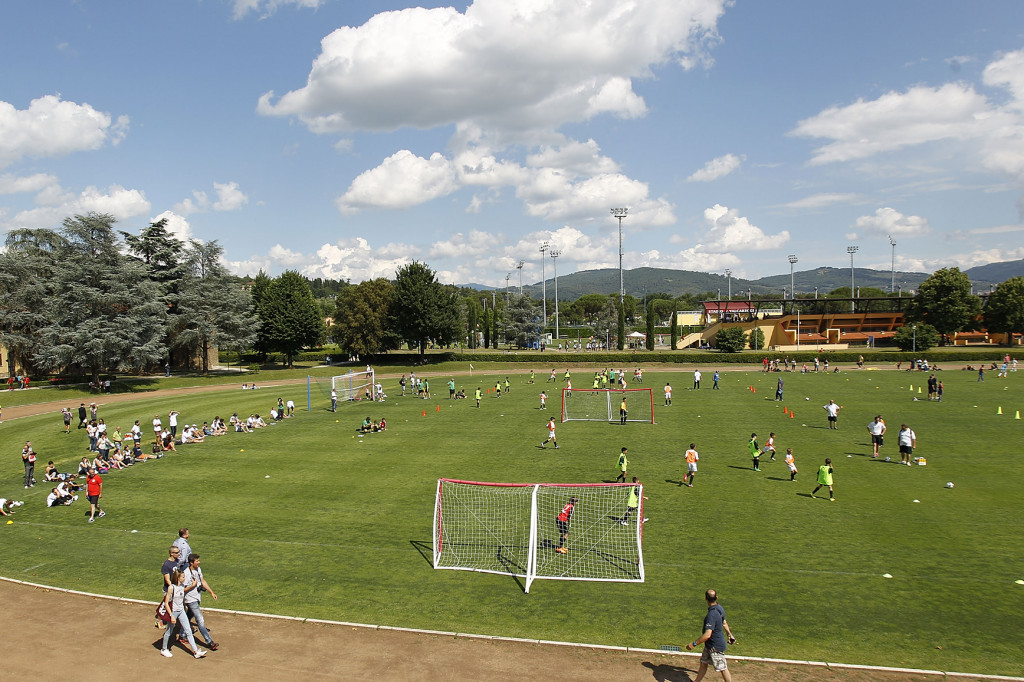 A new survey has found that most Britons would rather have access to sports facilities in the UK, enabling many to participate in sport, than medals at the Tokyo 2020 Olympic Games.

A survey commissioned by charity Pro Bono Economics found that rather than prioritising Olympic gold, the public would like to see government sports funding channeled into more community sports centres, making entrance fees into leisure centres lower and the reinstatement of school and public playing fields.

By contrast, only four per cent of the population backed UK Sport’s funding strategy for the Tokyo 2020 Olympics, which puts the emphasis on “more medals and medallists to inspire the nation".

Great Britain won 67 medals at the Rio 2016 Games, but the survey found that a mere seven per cent of the 2,000 respondents had been inspired by the Olympics to take up a particular sport.

The five sports most favoured by those who did were cycling, swimming, athletics, tennis, and football.

However, it is not a lack of interest in sport that stops others from participating but expense according to 17 per cent and a lack of local facilities said 12 per cent were the biggest reasons for not participating in sport.

Almost one in five respondents blamed their busy lifestyle, and just over one in 10 said they lacked the confidence to participate in sport.

Nearly one third of people said they had no interest in the Olympics.

“In the UK we like to think we are a nation that loves sport, but perhaps we are more of a nation who loves watching sport," said Baroness Tanni Grey-Thompson, who won 11 Paralympic Games gold medals between 1992 and 2004.

"We know there is a disconnect between elite sport and participation.

"Currently inactivity costs the nation £20 billion ($25 billion/€23.7 billion) a year so this is not something we can keep putting off.

"Unless we look more creatively about how we engage everyone in physical activity, we may win medals but we will be bottom of the league table on health and well being.”

By contrast, in a separate survey of leading experts from sport, economics, health and the media, no respondents blamed the poor take-up of sports on any failure of Olympic athletes to inspire the nation.

They said it resulted from busy lifestyles, a lack of affordable local sports facilities, poor diet and lifestyle and a deep-rooted culture of disinterest in sport and exercise in the UK.

"These findings support my theory that Britain really has got sport upside down," said Simon Kuper, co-author of Soccernomics and Financial Times columnist.

"Why spend billions on an Olympics when few kids in the country have the facilities to play judo, fencing or equestrianism anywhere near their homes?

“Instead of obsessing about who is the next England football manager, let’s spend that energy creating places for people to play sport near their homes.

"It would be a strategy to increase national health, happiness and sense of community, to fight crime - and maybe even to improve the England football team.”

UK Sport, however, believes Olympic and Paralympic success can be a catalyst in inspiring people to take up more sport.

“Investment in grass roots and community sport in this country, quite rightly, is much greater than in high performance," said UK Sport chairman, Rod Carr.

"However, as the body charged with delivering success at the Olympic and Paralympic Games to inspire the nation, we believe the impact of investing in our athletes’ success has far reaching benefits for the nation.

"Our own extensive research across a number of years demonstrates clearly that Olympic and Paralympic success instils a sense of national pride, ambition and achievement, that improved facilities for elite athletes benefit local communities and that hosting major sporting events inspires participation and boosts the economy.

"It is now well established that, whenever people are motivated to take up sport or physical activity, or to increase the amount they are already doing, then this is likely to lead to improvements in their physical and mental well being and to generate other benefits related to their individual development.

The British Olympic Association (BOA) agree with UK Sport and point towards their 'I Am Team GB' day, which featured thousands of fun and free sporting events across the country, as an example of elite success filtering through to grassroots sport.

“The mass participation event 'I Am Team GB' attracted nearly one million people to get active with 56 per cent of those who participated claiming that they and their families were doing more exercise as a result more than two months after the event," said Bill Sweeney, BOA chief executive.

“We know full well from our own independent and regular research that the inspiration of elite athletes and their success can and does translate into participation and increased physical activity – something that is a wider collective responsibility to promote, not just elite sport.

“Following Rio 2016 our research stated that one in three have become more active in some way either themselves or with their family and that seven in every ten people say Great Britain both inspired and unites the nation.

"In addition to this, Sport England’s Active People Survey showed a rise in participation in sports such as gymnastics, hockey and swimming, sports in which Team GB excelled during Rio 2016.

"The influence that female Olympians, in particular, have had, along with the hard work of clubs and National Governing Bodies has also been highlighted by Sport England."