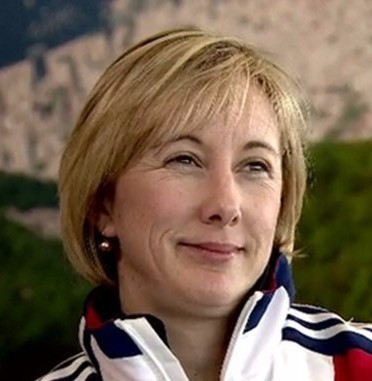 With one year to go to the Pyeongchang 2018 Winter Games, it is fair to say that Olympic and Paralympic sport in the UK is in a position of real strength.

We set a new standard at Rio 2016 by becoming the first nation to increase its medal haul post-hosting the Games as Great Britain finished second on both Olympic and Paralympic medal tables with 214 medals overall and 255 medallists. By any measurement, Rio 2016 was a phenomenal achievement for Great Britain as we firmly established ourselves as a true sporting superpower.

Of course further success at Tokyo 2020 is a key target for UK Sport and we have already stated our aim for Japan of more medals and medallists to inspire the nation. However we are also fully committed to supporting winter athletes and coaches and have outlined our medal targets for winter sports in 2017.

One year out from the 2018 Winter Games in South Korea, UK Sport have agreed target ranges with each funded sport for 2017, with an overall aggregated medal range of four to eight medals in Winter Olympic disciplines as well as four to nine medals for the Winter Paralympic disciplines across this year.

We know we are in good shape as Britain’s top Paralympic hopefuls have already achieved their target having won seven medals so far at their World Championships this season.

We witnessed truly stunning performances by 18-year-old visually impaired skier Millie Knight and her guide Brett Wild. We also saw Menna Fitzpatrick and her guide Jennifer Kehoe win a bronze in the giant slalom. Even more medals may have been won had reigning Paralympic champion Kelly Gallagher not crashed out in training but her return shows we are in good shape for Pyeongchang.

The work of their coach Amanda Pirie, who supports all the visually impaired skiers on the programme, deserves huge praise for their success. Elsewhere Para-snowboard duo Owen Pick and Ben Moore added two further medals to the total this week with a silver and bronze respectively at Big White in Canada to get us to an impressive seven medals overall.

In the Olympic disciplines, we have real medal prospects like Elise Christie in short track speed skating. The 26-year-old Scot is the 500 metres world record holder and in great form after winning five World Cup gold medals this season. Short track’s brilliant new performance director Stewart Laing and coaches like Nicky Gooch have been instrumental in helping athletes such as Elise and their strong performance leadership stretching across the programme is helping ensure the sport achieves its full potential.

Short track has been managed by our English Institute of Sport (EIS) since 2015 and it is fantastic to see the programme go from strength to strength under the leadership of the EIS.

We are confident Pyeongchang 2018 can be our best ever Winter Games and that is why UK Sport has invested more than ever before in winter sports with over £30 million ($37 million/€35 million) of National Lottery and Government funding allocated across seven Olympic and Paralympic sports in this winter sport cycle.

UK Sport is proud to invest in the sports of bobsleigh, curling, figure skating, short track speed skating, skeleton, ski and snowboard and Para-ski and snowboard; and we are celebrating all seven disciplines this week across our social media platforms with our #WinterSportsWeek campaign.

The increased investment for Pyeongchang 2018 comes following a breakthrough Games at Sochi 2014. In Russia, British Olympians won four medals to equal their greatest ever winter medal haul, including Lizzy Yarnold’s sensation gold medal triumph in the skeleton and a first medal on snow after the amazing Jenny Jones finished third in the women’s slopestyle. We also saw Great Britain’s Paralympic team win six medals, their best winter haul in 30 years that saw a first ever Winter Paralympic gold medal through inspirational Alpine skier Kelly Gallagher and her guide Charlotte Evans.

It was fantastic to see Great Britain prove so successful in the winter sport arena and I must admit that Lizzy’s result was one that really had me bursting with pride after she came through the UK Sport talent identification scheme 'Girls4Gold' in 2008 to reach the top of the Olympic podium.

Our relationships with the British Olympic Association (BOA), the British Paralympic Association (BPA) and the sport National Governing Bodies (NGBs) are getting stronger all the time. Meanwhile, our EIS and other Home Country Sports Institutes (HCSI) lead the way in the delivery of science, medicine, technology and engineering to support our athletes and coaches to be the very best prepared when it really matters.

All of this makes the Great Britain high performance system the envy of many around the world and the expertise and experience of our coaches, practitioners and leaders, and their ability to work effectively together, simply cannot be underestimated or overstated. Regardless of the sport or discipline, the key focus of the high performance system is to support athletes and coaches across all areas including maximising competition performance, ensuring the daily training environment accelerates development of an athlete, recovering from injury, identifying talent and enhancing physical and mental health and wellbeing.

Of course looking after our athletes, coaches and support staff is our top priority and the EIS Performance Lifestyle advisors play a vital role ensuring our athletes are in great condition both on and off the field of play.

It is all of this work that goes on behind the scenes that has put us in a great place to potentially break more records and deliver more medals at Pyeongchang 2018. We know that our aspirations for South Korea will not be easy to achieve but high performance sport requires exacting targets, exacting preparation and exacting execution in order to thrive and we are very much embracing the challenge as the clock ticks ever closer to the Pyeongchang 2018 Opening Ceremony.

We look forward to exciting times ahead and a year of hard work so we can arrive in South Korea in the best possible shape to win more medals to inspire the nation.