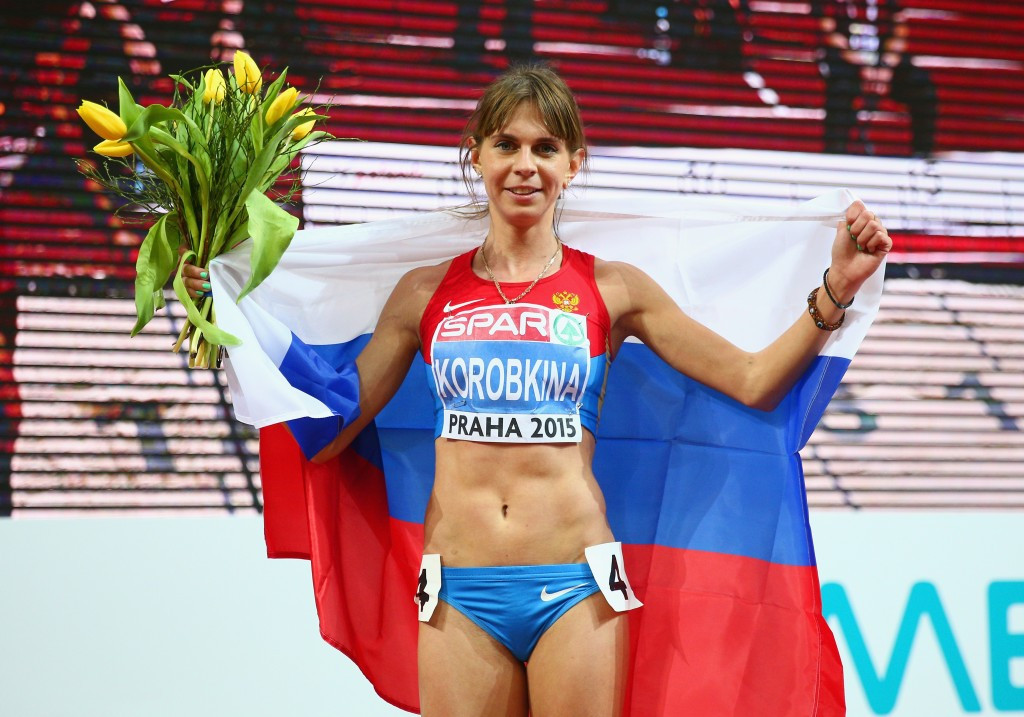 Russian middle-distance runner Yelena Korobkina has claimed she will not participate at next month's European Indoor Championships as she has "no plans" to compete as a neutral athlete.

Korobkina, winner of the gold medal in the women's 3,000 metres at Prague two years ago, has also ruled herself out of the World Championships in London later this year unless Russia is reinstated as a member of the International Association of Athletics Federations (IAAF).

The Russian Athletics Federation (RusAF) have been suspended since November 2015 following allegations of a state-supported doping system in the country.

In January, the IAAF outlined criteria for Russian athletes to be able to compete in international events under a neutral flag but warned the suspension of the RusAF would not be lifted until November at the earliest.

The worldwide governing body have received 44 applications from Russians who wish to take part in competitions as a neutral athlete, according to TASS.

Korobkina, however, has declined the opportunity, despite submitting an application earlier this month to compete at the Championships in the Serbian capital Belgrade from March 3 until 5.

"In case I am granted an individual permission, I will not go to Belgrade for the European Championships," the 26-year-old told TASS.

"I have no plans whatsoever of competing under a neutral flag.

"The World and European Championship are the competitions for the countries and I want to compete for Russia only.

"I will skip the World Championships as well if the Russian national team is not officially represented there, but I hope for the better."

RusAF President Dmitry Shlyakhtin told TASS that 33 of the 44 applications are in "processing mode".

Shlyakhtin added: "There are issues regarding doping abuse histories, low-level results and appearance in the McLaren Report.

"All documents were accepted, there were no additional questions and we are waiting for the final decision."

Russia could yet still face sanctions as a result of Canadian lawyer Richard McLaren’s report, which claimed around 1,000 competitors from the country had doping samples manipulated and tampered with between 2011 and 2015 at events including the 2014 Winter and Paralympic Games in Sochi.

IAAF Taskforce head Rune Andersen said earlier this month that Russia must either "convincingly rebut" or "acknowledge and properly address" evidence in the McLaren Report, claiming that the Russian Sports Ministry and security services were complicit in a doping regime.

"The IAAF will only make announcements as and when decisions are made by the Doping Review Board concerning successful applications and those athletes have been duly informed," an IAAF spokesperson told insidethegames.