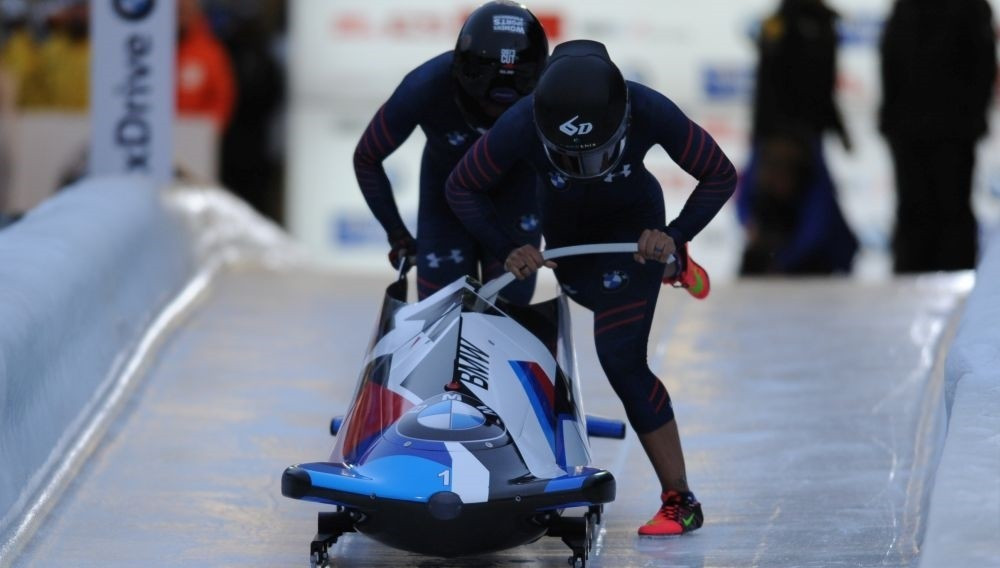 The 2017 International Bobsleigh and Skeleton Federation (IBSF) World Championships are due to begin in Königssee tomorrow, less than two months after the event was stripped from Sochi because of the Russian doping crisis.

The German resort is home to the world’s first-ever artificial bobsleigh, skeleton and luge track.

Opened in 1968, it has hosted international competitions in bobsleigh and skeleton every year since then.

The athletes will take to the ice track for four runs in each discipline, hurtling down the 1250-metre track and tackling 12 curves.

The United States’ Elana Meyers Taylor, who has already won the title once in German town Winterberg in 2015, is the firm favourite to take the gold medal in the women’s bobsleigh.

Although the Sochi 2014 Olympic silver medallist is only third in the overall World Cup standings, this is largely down to the fact that she suffered a crash during the opening weekend in Whistler in Canada.

The 32-year-old then began an impressive comeback campaign, collecting silver medals in Lake Placid in the US and Altenberg in Germany followed by four successive victories, including one at the World Championship rehearsals in Königssee at the end of last month.

The race in Königssee could see the Sochi 2014 Olympic bronze medallist take her first ever World Championship medal.

Two-time Olympic and world champion and current leader in the World Cup standings, Kaillie Humphries of Canada, is also likely to be in medal contention.

Things are looking promising in the men’s two-man bobsleigh for Germany’s Francesco Friedrich, who after six World Cup starts has four wins, two silver medals and a clear lead in the overall World Cup standings.

If he manages to take his fourth consecutive World Championship win, he could still catch up with Italy’s legendary bobsleigh pilot Eugenio Monti.

His Olympic gold medal in 1960 also counted as a World Championship title.

Friedrich is likely to face stiff competition from compatriot Johannes Lochner, the runner-up at the 2015 and 2016 World Championships, who stole victory from his team-mate at the rehearsal World Cup in Königssee.

The US’s Steven Holcomb, the 2012 two-man bobsleigh world champion and Sochi 2014 Olympic bronze medallist in the same discipline, shared second place with Friedrich and is currently enjoying one of his best seasons of recent years.

He arrives at the World Championships sitting second in the overall World Cup standings behind Friedrich.

Also scheduled to take place in the opening weekend is the team competition, which has been held eight times at the World Championships to date.

The US claimed victory on home ice in Lake Placid in 2012 and in Swiss village St Moritz in 2013.

In the team competition, each of the national teams is composed of a women’s and men’s two-man bobsleigh team and a male and female skeleton athlete.

The times from each run are added up, and the victory goes to the team with the best overall time.

Following the publication on December 9 of the second part of Richard McLaren’s report on behalf of the World Anti-Doping Agency, the IBSF switched the 2017 World Championships from Sochi to Königssee.

The report claimed that more than 1,000 Russian athletes had benefited from state-sponsored doping from 2011 to 2015.

Moving the flagship event to Königssee followed growing concern within the sport.

Britain’s Olympic skeleton champion Lizzie Yarnold had threatened to skip the World Championships if they remained in Sochi, while Latvia announced they would boycott.

Athletes from other nations including South Korea, Austria and the US also called for the event to be moved.

On December 30, four Russian athletes, including Olympic skeleton champion Alexander Tretiakov, were provisionally suspended after they were named in the McLaren Report among the athletes implicated in doping.

But eight days later, an IBSF independent tribunal lifted the provisional ban after concluding there was "not yet sufficient evidence" to maintain it.

The opening day of action in Königssee is due to feature runs one and two of the women's bobsleigh event.