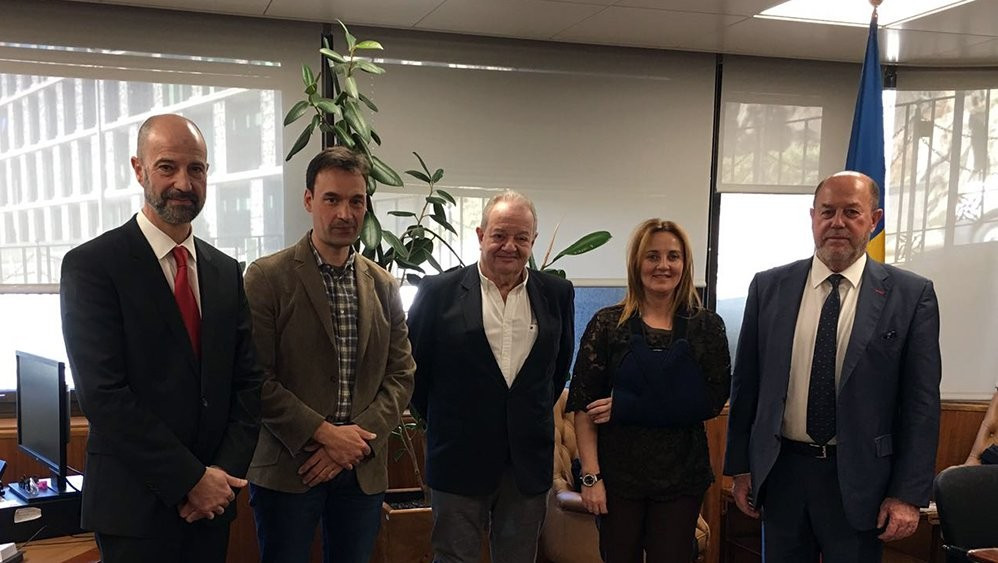 World Karate Federation (WKF) President Antonio Espinós held discussions with officials in Andorra to discuss the sport's inclusion at the 2021 Games of the Small States of Europe.

The European country, which is nestled in between France and Spain, will host the event.

Spaniard Espinós was accompanied by Andorran Karate Federation President Xavier Herver for a meeting with the Minister of Culture, Youth and Sports Olga Gelabert.

Jordi Beal, the secretary of state for sport, was also in attendance alongside Andorran Olympic Committee President Jaume Marti.

A road-map for karate's inclusion at the Games was discussed.

"After being added to the programmes of the Olympic Games Tokyo 2020 and the Youth Olympic Games Buenos Aires 2018, the inclusion of karate in the Games of the Small States of Europe is on top of our agenda," said Espinós.

"We believe that karate can bring added value to this event, and we hope that we will be able to give the karate family another piece of great news for the development of our sport.

"I really appreciate President Herver’s efforts and the cooperation and support that we have received from the sport authorities of Andorra.

"I would also like to thank Small States of Europe Karate Federation President, Andreas Vassiliou for his hard work and dedication on this matter."

Espinós' trip to Andorra comes after he also visited San Marino to discuss the Games.

"Small states" are those that have had a population of less than one million inhabitants for the past three years.

This year's edition of the event will be held in San Marino between May 29 and April 3, with Montenegro hosting in capital Podgorica in 2019.