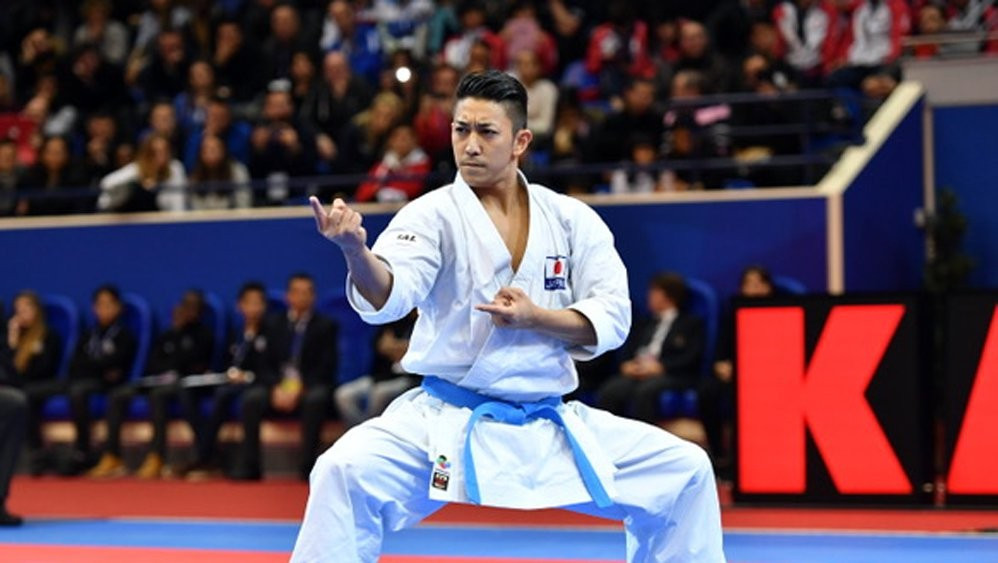 Japan continued their dominance of the kata discipline as they claimed the gold medal in both the men’s and women’s events at the season-opening World Karate Federation (WKF) Karate1 Premier League in Paris.

Hikaru Ono clinched the women’s title in the French capital, a candidate city for the 2024 Olympic and Paralympic Games, with victory over Sandy Scordo in the final.

The bronze medals in the category went the way of Spain’s Sandra Sanchez and Alexandra Feracci of France.

It proved to be a successful opening to the Karate1 Premier League campaign as they concluded the first event of the season with a haul of 13 medals.

Greek karateka Georgios Tzanos and Poorshab Zabihollah of Iran were the recipients of the two bronze medals on offer in the category.

The Japanese success in Paris was complete when Natsumi Kawamura proved too strong for France’s Nadege Ait Ibrahim, much to the disappointment of the home crowd, in the final of the women’s over 68kg weight division.

Anne Laure Florentin added to the French haul with bronze, with Ayumi Ueksa sealing the other on offer.

Taravat Khaksar of Iran topped the podium at a Karate1 Premier League event for the first time in her career as she ended the fairytale run of Scotland’s Amy Connell in the women’s under 55kg gold medal bout.

Khaksar’s compatriot Sajad Ganjzadeh justified his status as the current world champion by winning the men’s over 84kg category.

The Iranian was pushed all the way by Tyron-Darnell Lardy of The Netherlands in the final before he eventually prevailed to clinch the gold medal.

Alizée Agier was able to deliver the success the crowd inside the arena craved as she sealed the women’s under 68kg crown by beating Iryna Zaretska of Azerbaijan.

Jovana Prekovic of Serbia outlined exactly why she is considered one of the rising stars in the sport as she overcame Merve Coban of Turkey, a European Championships silver medallist, to take the women’s under 61kg title.

While Japan dominated the individual kata competitions, Italy swept the team event as their women beat Germany in the final, with Spain and Italy claiming bronze.

Italy won gold and silver in the men's event, while France picked up both bronze medals.