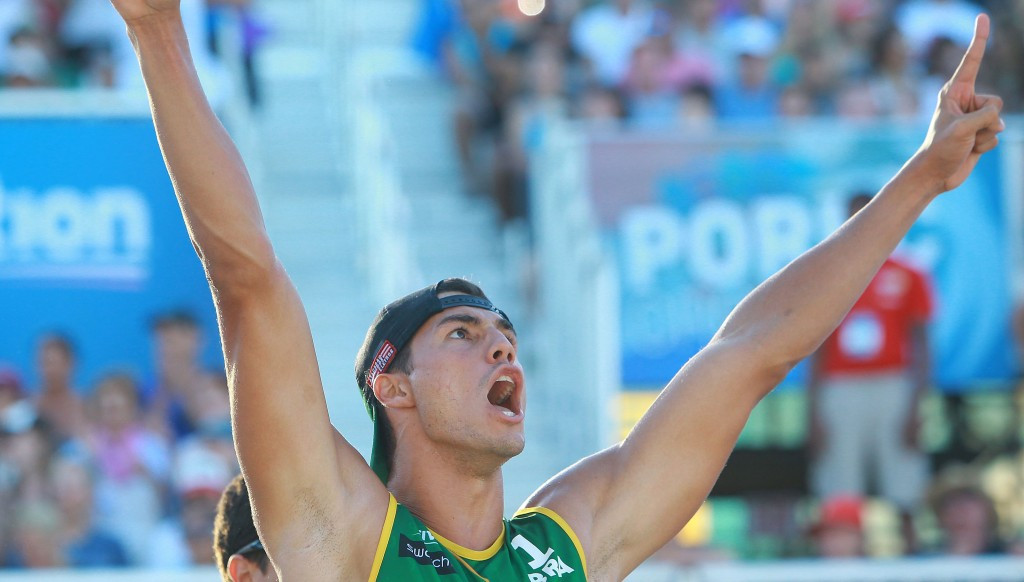 Filho and Barbosa made light work of their opponents with a 21-15, 21-17 triumph to seal their first-ever FIVB World Tour gold medal.

The duo, who had beaten Goncalves and Loyola in the group stage, topped the podium having not dropped a set throughout the tournament.

Phil Dalhausser and Nick Lucena of the United States delivered a medal for the host nation as they took bronze with a 14-21, 21-13, 15-10 win over team-mates John Hyden and Ryan Doherty.

"We’ll definitely get back to the sand more motivated," Barbosa said.

"Next week we will play for the national tour so we can’t stop working.

"We want to work as hard as possible to be one of the best teams in the world."

There was further success for Brazil in the women's tournament as the newly-formed pair of Agatha Bednarczuk and 18-year-old Eduarda Lisboa stunned American Olympic bronze medallists Kerri Walsh Jennings and April Ross 16-21, 21-15, 20-18 to reach the semi-finals.

"I grew up watching Kerri playing and achieving everything she did, so this is huge for me.

"I truly admire her and I feel nervous and excited every time I enter the court to play against her.

"I think this is never going to change.

"We are a new team so we need to play together and that is what led us to win tonight."

Bednarczuk, who won the silver medal with partner Barbara Seixas at Rio 2016, and Lisboa will face Chantal Laboureur and Julia Sude of Germany, the third, seeds, in the last four.

The other semi-final will be between American pairing Brooke Sweat and Summer Ross and Larissa Franca and Talita Antunes of Brazil.