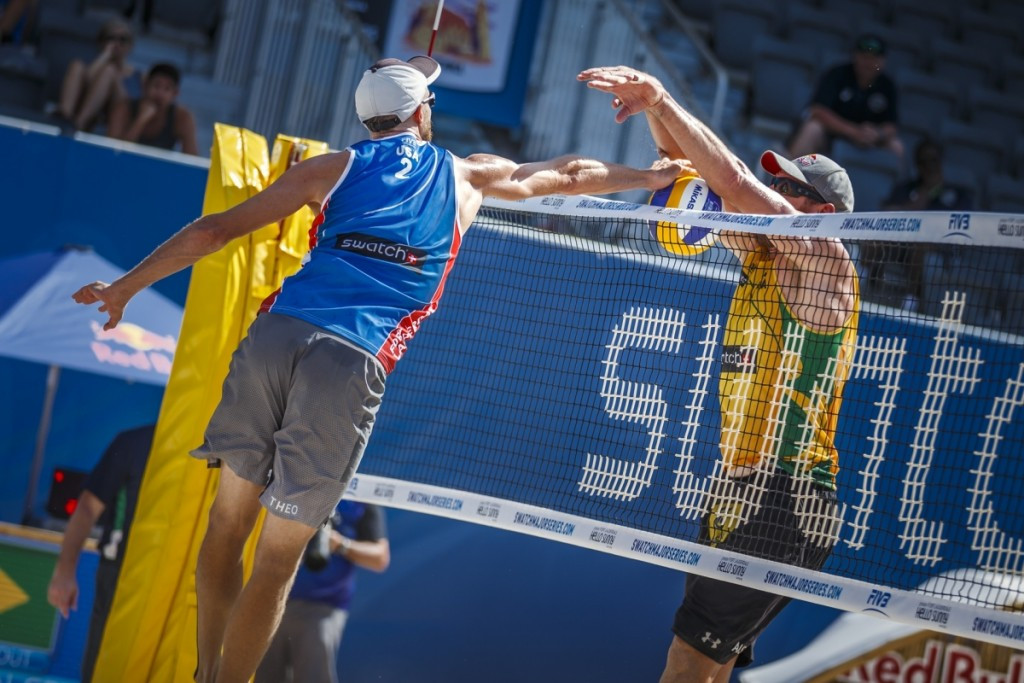 Brunner and Patterson, seeded 14th, delighted the home crowd with an impressive 21-14, 22-20 win over the Brazilian duo.

Cerutti and Schmidt, who were involved in one of the standout moments from the Olympic Games in Rio de Janeiro when they clinched the gold medal, bounced back later in the day as they beat Bennet and David Poniewaz of Germany 21-14, 21-19.

Brunner and Patterson then picked up their second victory as they battled past Germany’s Markus Bockermann and Lars Fluggen 18-21, 21-19, 17-15.

The American team will wrap up top spot in Pool C if they can overcome the Poniewaz brothers tomorrow.

Elsewhere in the men’s competition, Phil Dalhausser and Nick Lucena of the United States also won both their openers as they ended the day at the summit of Pool A.

Dalhausser and Lucena swept aside Harley Marques and Ricardo Santos of Brazil 21-17, 21-18 before they ousted Austrian duo Clemens Doppler and Alexander Horst 21-16, 21-19.

In the women’s event, there was further success for the host nation as Rio 2016 bronze medallists Kerri Walsh Jennings and April Ross got their pursuit of the Fort Lauderdale title off to the best possible start.

The American team proved too strong for the Dutch pair of Marleen Van Iersel and Manon Nummerdor-Flier with a 21-18, 21-17 triumph in Pool A.

“We’ve been training a lot against guys and against girls and we felt really comfortable out there,” Walsh Jennings said.

“Our rhythm was really good, which is what this whole game is about, and honestly it felt like we’ve been doing this for a while.

“I was telling April there are a lot of new teams out here and we need to capitalise on that.”