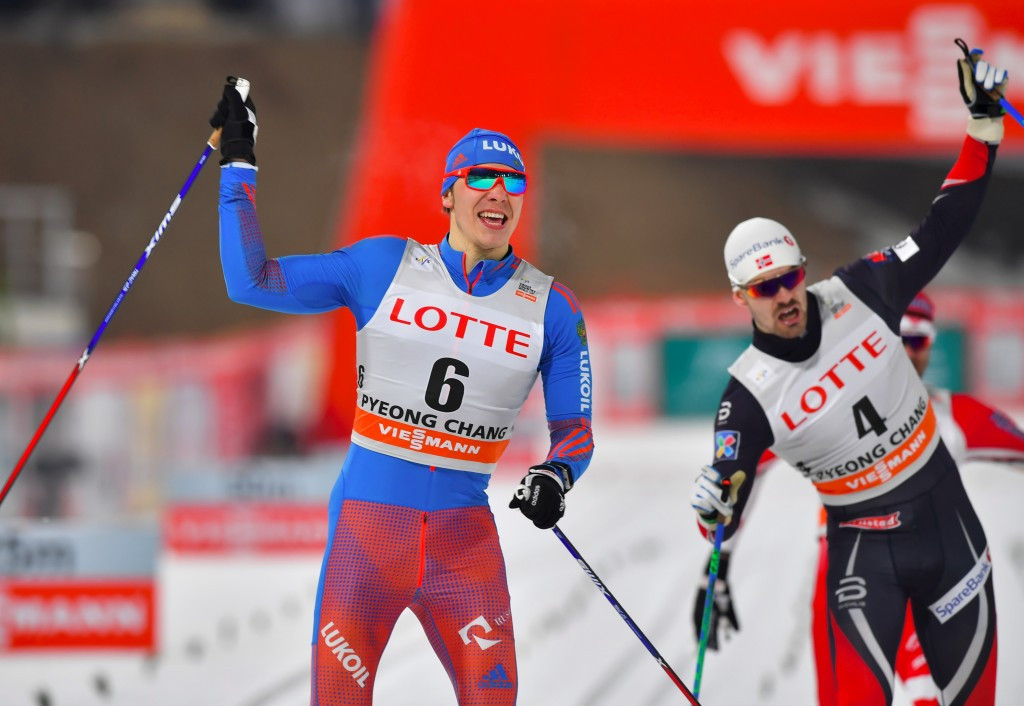 Gleb Retivykh of Russia and Slovenia's Anamarija Lampic were the two winners on day one of the International Ski Federation (FIS) Cross-Country World Cup event in Pyeongchang in South Korea.

The competition - a key test event for the Pyeongchang 2018 Winter Olympics - is the first Cross-Country World Cup to take place in the Asian country.

Despite offering competitors a chance to get an early taste of possible Olympic conditions at the Alpensia Center, the field lacked many of the world's best with athletes opting to forgo the long journey to instead concentrate on the FIS Nordic World Ski Championships which begin in Lahti in Finland on February 22.

It meant that both the men's and women's competitions produced first time winners, with Retivykh recovering from second place on the final curve to win the final in front of Norway's Sondre Turvoll Fossli.

"I arrived here yesterday, so I am still jet-lagged," said Retivykh.

"I knew Sondre is very strong.

"I did not think I could win.

"I was hoping for a good result.

"I had to wait to wait six years for my first victory and it is great."

Lampic pushed in front of Poland's Justyna Kowalczyk on the final climb and maintained her lead to the finish.

Action in Pyeongchang will continue tomorrow with skiathlon events.

Nordic combined action also began at the Alpensia Center with a provisional ski jumping round.

The results of this will be used if ski jumping cannot be held when the World Cup proper begins tomorrow, with Austrian Mario Seidl producing the best leap of 136.5 metres.

Second-placed Eric Frenzel, Germany's overall World Cup leader, will have to make up 46 seconds should the provisional competition round have to be used in case of adverse weather conditions.