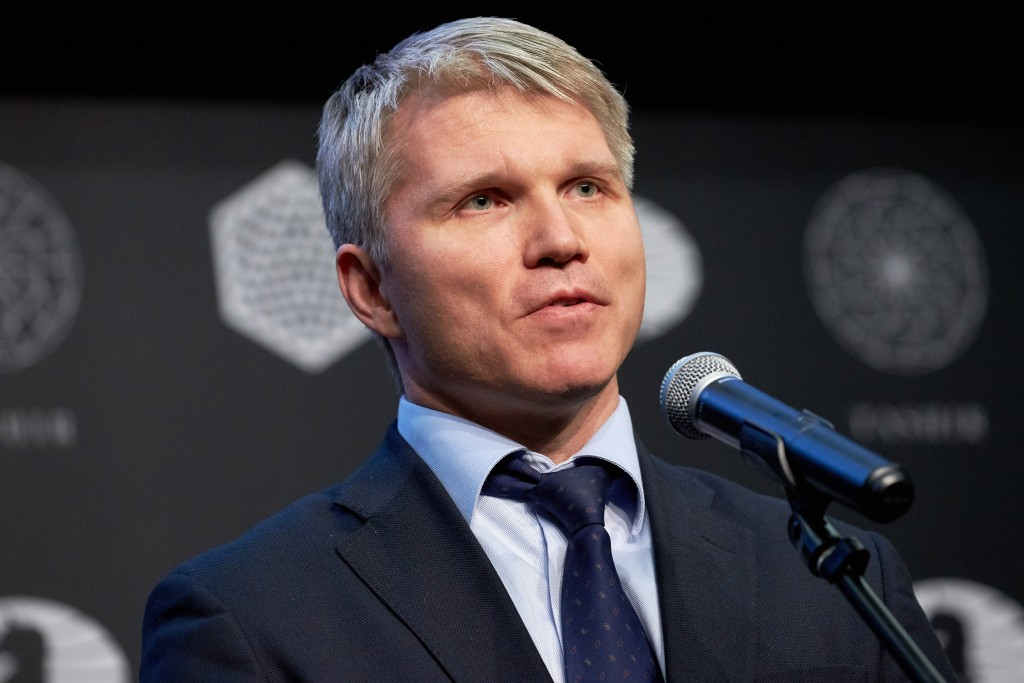 Russian Sports Minister Pavel Kolobkov believes the country will be able to recover from its doping crisis while claiming allegations of a state-sponsored system in the nation are groundless.

Kolobkov, who replaced Vitaly Mutko as Sports Minister last year following his promotion to Deputy Prime Minister, also told news agency TASS that the anti-doping work carried out in Russia since 2008 had been "enormous".

His comments represent a continuation of the ongoing trend of Russian denial concerning the doping scandal.

This comes despite evidence presented in the second part of the McLaren Report, which alleged over 1,000 athletes were involved in a state-sponsored scheme in operation at several major events, including the Sochi 2014 Winter Olympic Games, from 2011 to 2015.

"I can’t help but say about the situation in anti-doping policy," Kolobkov, who has won five Olympic medals in fencing, including gold in the individual épée at Sydney 2000, said following a meeting of the Sports Ministry.

"The work, which Russia has carried out on anti-doping since 2008, has been enormous.

"Now the violation of anti-doping rules is both an administrative and criminal offence.

"We have been confronted with a problem and I’m confident that we’ll resolve this situation.

"I’m confident that all these accusations that are now made about the alleged state-sponsored doping system have no grounds.

"But this is yet another moment for all of us to think about whether we are doing everything correctly and developing sport."

Senior Russian officials have continued to deny the findings in the report, published in December, and several International Federations (IFs) have also questioned the evidence.

The report from the Canadian lawyer Richard McLaren has, however, prompted Russia to be stripped of major events across four winter sports.

Eight athletes have been provisionally suspended.

Disciplinary proceedings have also been opened against 28 Russians by the International Olympic Committee (IOC) following evidence their doping samples were tampered with at Sochi 2014.

Four Russian skeleton athletes, including Olympic men's champion Alexander Tretiakov, have had their provisional suspensions lifted by the International Bobsleigh and Skeleton Federation (IBSF) last month, however, because there is "not yet sufficient evidence" against them.

The International Biathlon Union (IBU) also dismissed cases against 22 athletes from the country named in the McLaren Report for a lack of evidence.

Seven competitors from the scandal-hit nation remain the subject of an IBU probe though, including two also being investigated by the IOC.

The IBSF World Championships were due to take place in Sochi this month, but have been re-located to Königssee in Germany.

Competitions in biathlon, cross-country skiing and speed skating have also either been stripped from the country or vacated by the Russians.

A meeting between the World Anti-Doping Agency and the Association of International Olympic Winter Federations to discuss the evidence in the McLaren Report is due to take place from February 21 to 22.