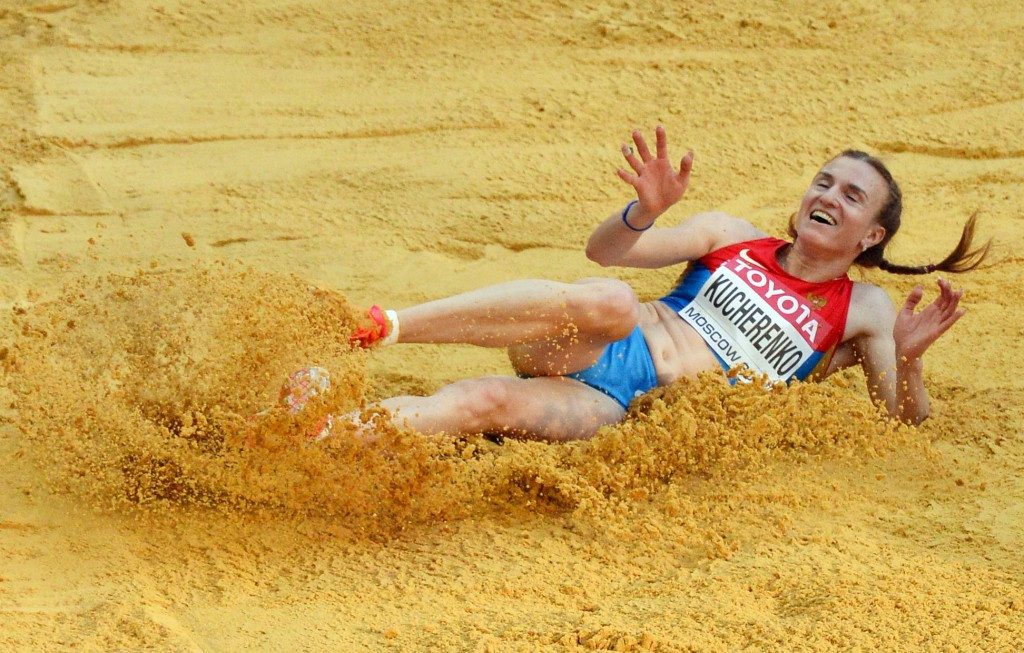 Russian long jumper Olga Kucherenko has reportedly been slapped with a two-year doping ban which will see her lose a World Championship silver medal.

The 31-year-old has been sanctioned by the Russian Anti-Doping Agency (RUSADA), according to TASS.

No details have yet emerged about what offence she committed or what substance was involved.

According to TASS, the suspension has been backdated to August 28, 2011, and will annul all results achieved for two years after that date.

This will include the long jump World Championship silver she won in Daegu in South Korea in 2011, with the competition taking place across two days on August 27 and 28.

Latvia's bronze medallist Ineta Radēviča could now be upgraded to silver if the offence is confirmed.

Nastassia Mironchyk-Ivanova of Belarus finished fourth in Daegu, but could now win a bronze medal.

The news has emerged on another bad day for sport in Russia, a country which is at the centre of numerous doping allegations.

This followed the re-testing of samples by the International Olympic Committee, using the latest technology.