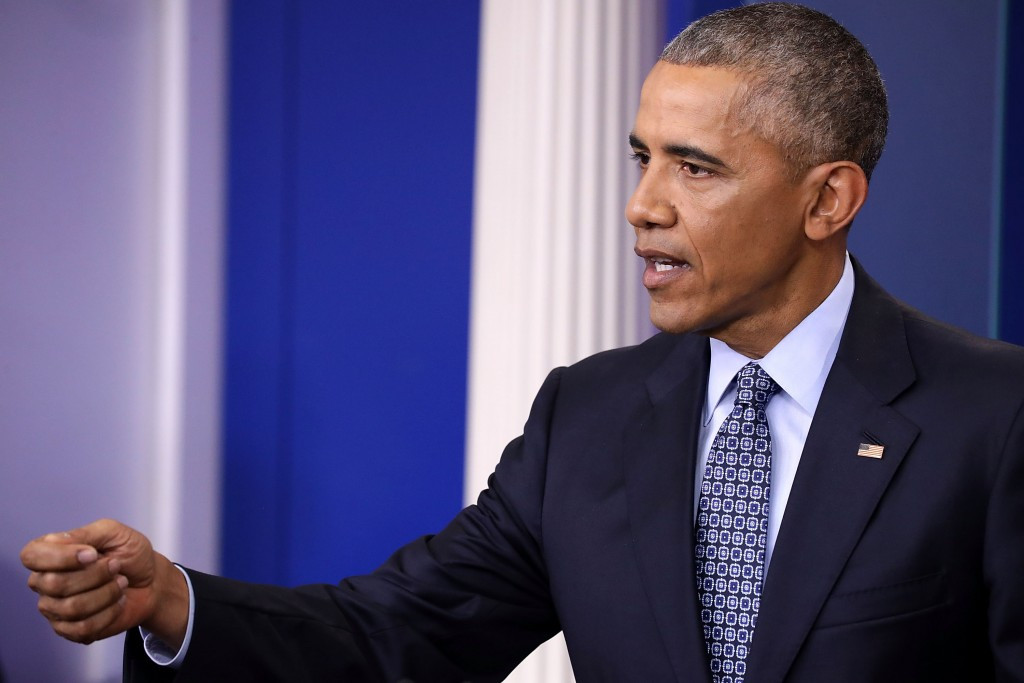 Obama, who will be replaced as President by Donald Trump when he is inaugurated tomorrow, specifically mentioned the two American stars and also praised the performance of the country at the Olympic Games in Rio de Janeiro last year.

Biles won four gold medals at Rio 2016, as well as bronze on the balance beam, while Phelps, the most decorated Olympian of all time with a total of 28 medals, retired after the Games having clinched another five titles.

“I think I’ve used this analogy before,” Obama said.

“We killed it in the Olympics in Brazil.

“And Michelle and I, we always have our - the Olympic team here.

“And it’s a lot of fun, first of all, just because, you know, anytime you’re meeting somebody who’s the best at anything, it’s impressive.”

Obama, who took office in 2009 and attended the International Olympic Committee (IOC) Session in Copenhagen in October that year, where Chicago failed with its bid to secure the hosting rights for the 2016 Games, also reserved praise for the female athletes who contributed to their medal haul in Rio.

The United States topped the medal table at the Olympics in the Brazilian city with a total of 121, 46 of which were gold.

“And by the way, more than half of our medals [in Rio] came from women,” Obama added.

“And the reason is because we had the foresight several decades ago with something called Title IX to make sure that women got opportunities in sports, which is why our women compete better, because they have more opportunities than folks in other countries.

“I use that as a metaphor, and if in fact we continue to keep opportunity open to everybody, then yes, we’re going to have a woman President.

“We’re going to have a Latino President.

“We’ll have a Jewish President, a Hindu President.

“Who knows who we’re going to have.”