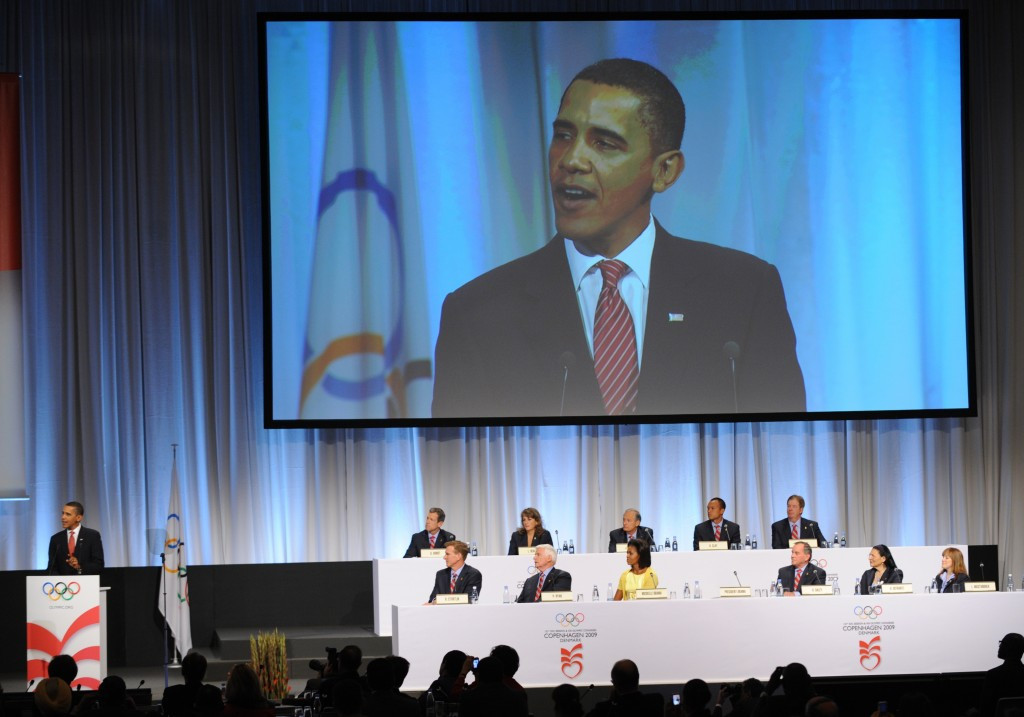 United States President Barack Obama has described the decisions of the International Olympic Committee (IOC) as "similar to FIFA" and a "little bit cooked" while reflecting on Chicago's unsuccessful bid for the 2016 Games.

Obama, who is in the final weeks of his eight years as President ahead of elections next month, mentioned the bid race while speaking about personal opposition from the Republican Party in a wide ranging interview with New York Magazine.

He used it as an example of the Republicans opposing a cause - in this case the Olympic bid of his adopted home city - purely because he was personally associated with it.

"Probably the best signifier of that - and I remember this vividly - was when Chicago had the bid for the 2016 Olympics," Obama said.

"A very effective [Bid] Committee had flown to Copenhagen to make their presentation, and Michelle [Obama, his wife] had gone with them.

"I got a call, I think before the thing had ended but on fairly short notice, that everybody thought that if I flew out there we had a good chance of getting it and it might be worth essentially just taking a one-day trip.

"So we fly out there.

"We didn’t even make the first cut, despite the fact that, by all the objective metrics, the American bid was the best.

"On the flight back, we already know that we haven’t got it, and when I land it turns out that there was big cheering by Rush Limbaugh and various Republican factions that America had lost the Olympic bid."

Chicago was eliminated in the first round of elections at the IOC Session in the Danish capital in October 2009 after receiving just 18 votes.

Rio de Janeiro was eventually named host by then IOC President Jacques Rogge after beating Madrid in the final runoff by 66 votes to 32.

Obama's presence has been widely seen as a contributory factor toward's Chicago's early defeat due to the overbearing additional security measures introduced due to his presence.

In total, Obama stayed in Copenhagen for just five hours and had left before the decision was announced.

These comments come as Los Angeles bids for the 2024 edition of the Games, where erasing any perceived notion of anti-Americanism within the IOC is seen as key.

Obama has since chosen not to attend the Olympic Opening Ceremonies for London 2012, Sochi 2014 and Rio 2016.

Obama also skipped the Sochi 2014 Opening Ceremony, claiming he did not want his presence to detract from the sporting competitions at the Winter Olympics two years ago.

But his choice to send a delegation including two openly gay athletes in former tennis player Billie Jean King and Caitlin Cahow, a two-time Olympic ice hockey medallist, was widely interpreted as a criticism of homophobic laws introduced into the Russian Parliament beforehand.

His administration has given full support to the Los Angeles bid, however, and a speech by his vice-president Joe Biden was enthusiastically received at last year's Association of National Olympic Committees General Assembly in Washington D.C.

It is possible that Obama's successor - either Hilary Clinton or Donald Trump - could appear to lobby members during next year's IOC Session in Lima where Los Angeles is expected to face competition from Budapest and Paris.

It is not a requirement for the President to be present, however.

insidethegames has contacted Los Angeles 2024, the IOC and the United States Olympic Committee for a reaction.