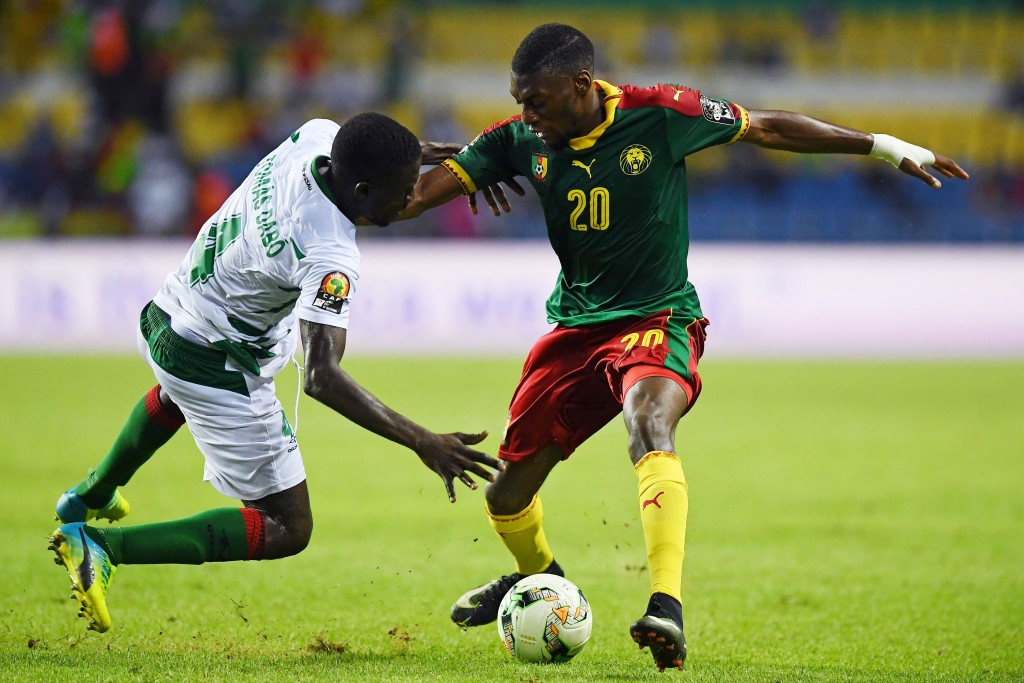 Cameroon fought back from a goal down to beat tournament debutants Guinea-Bissau 2-1 to inch closer to the quarter-finals of the Africa Cup of Nations today.

Piqueti had given the minnows a shock lead after 13 minutes and they held the advantage until Sebastien Siani hammered home the equaliser on the hour mark at the Stade de l'Amitié in Libreville.

Michael Ngadeu-Ngadjui then broke Guinea-Bissau hearts with what proved to be the winning goal 11 minutes from time.

In the day's opening Group A contest, hosts Gabon earned a 1-1 draw with Burkina Faso.

Cameroon's victory was the first recorded from the four games in the group so far and leaves them sitting pretty in top spot on four points.

Gabon and Burkina Faso both follow on two, with Guinea-Bissau's hopes of reaching the next round hanging by a thread as they are bottom with one point.

Piqueti had given the underdogs the best possible start to their clash with Cameroon, who are chasing their first Africa Cup of Nations triumph since 2002, as he produced a stunning solo run before easily beating Fabrice Ondoa with a well-hit strike.

Cameroon were left frustrated by the dogged Guinea-Bissau defence and were unable to breach their back line before Siani's effort from distance flew into the net to draw the favourites level.

With half an hour remaining, the Indomitable Lions pushed forward in search of a second and it came with 79 minutes on the clock as Ngadeu-Ngadjui guided the ball home from the edge of the area.

Borrusia Dortmund star Pierre-Emerick Aubameyang had earlier scored his second goal of the tournament to help Gabon claim a point in their match with Burkina Faso.

Gabon were awarded a penalty when Burkina Faso goalkeeper Herve Koffi brought down Aubameyang in the box after 38 minutes.

Aubameyang picked himself up and converted from the spot, which came after Prejuce Nakoulma had put Burkina Faso in front midway through the first-half.

The tournament continues tomorrow with the second round of matches in Group B as Algeria take on Tunisia and Senegal go up against Zimbabwe.