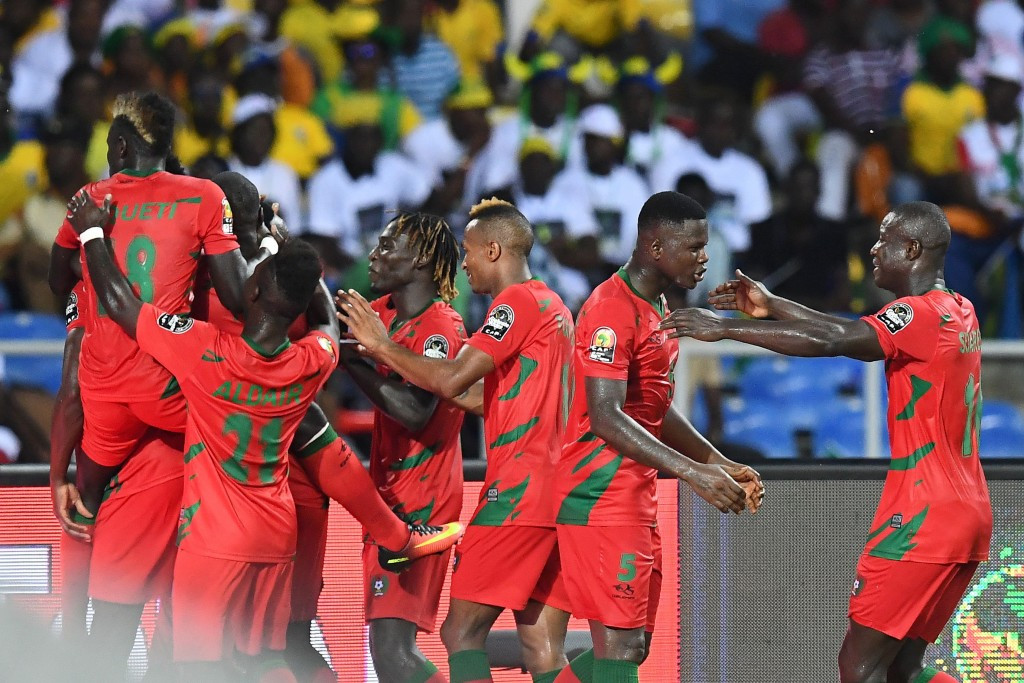 Tournament debutants Guinea-Bissau stunned hosts Gabon with a 90th-minute equaliser to secure  a 1-1 draw in the opening match of the 2017 Africa Cup of Nations.

Juary Soares scored for the Wild Dogs with a diving header from a free-kick, cancelling out a goal early in the second-half from Gabon’s star man Pierre-Emerick Aubameyang.

The goal ensured a well-deserved point for Guinea-Bissau in what was their first game at a major championship.

It was not until after half-time that the Group A game came to life with Borussia Dortmund striker Aubameyang turning in Denis Bouanga's cross-shot on 52 minutes.

The 27-year-old had an opportunity to double the home nation’s lead 17 minutes later, but he volleyed over the crossbar.

Relieved to still be in the match, Guinea-Bissau started to impose themselves on the game and had a chance to draw level on 83 minutes, only for substitute Frédéric Mendy to head straight at goalkeeper Didier Ovono.

The equaliser did eventually arrive through Soares, who connected brilliantly to spark jubilant scenes at the Stade de l'Amitié in Libreville.

"Now we have the motivation to go as far as possible."

Today's later game in Group A, which was also played at the Stade de l'Amitié, saw Burkina Faso battle back to claim a 1-1 draw with Cameroon.

Benjamin Moukandjo's superbly curled free-kick put Cameroon in front on 35 minutes, but the Indomitable Lions were made to rue a number of missed chances as Issoufou Dayo headed in the leveller for Burkina Faso with a quarter of an hour left.

Dayo was quick to pounce after goalkeeper Fabrice Ondoa could only parry a free-kick and earned his country a share of the spoils.

Clinton N'Jie was guilty of missing Cameroon's clearest opportunity to make the score 2-0, shooting wide from six yards having collected the rebound from a swerving long-range drive by Jacques Zoua.

Action in Gabon is scheduled to continue tomorrow, with the opening two matches in Group B.

Algeria face Zimbabwe before Tunisia go up against Senegal.

Both games are due to take place at the Stade de Franceville.