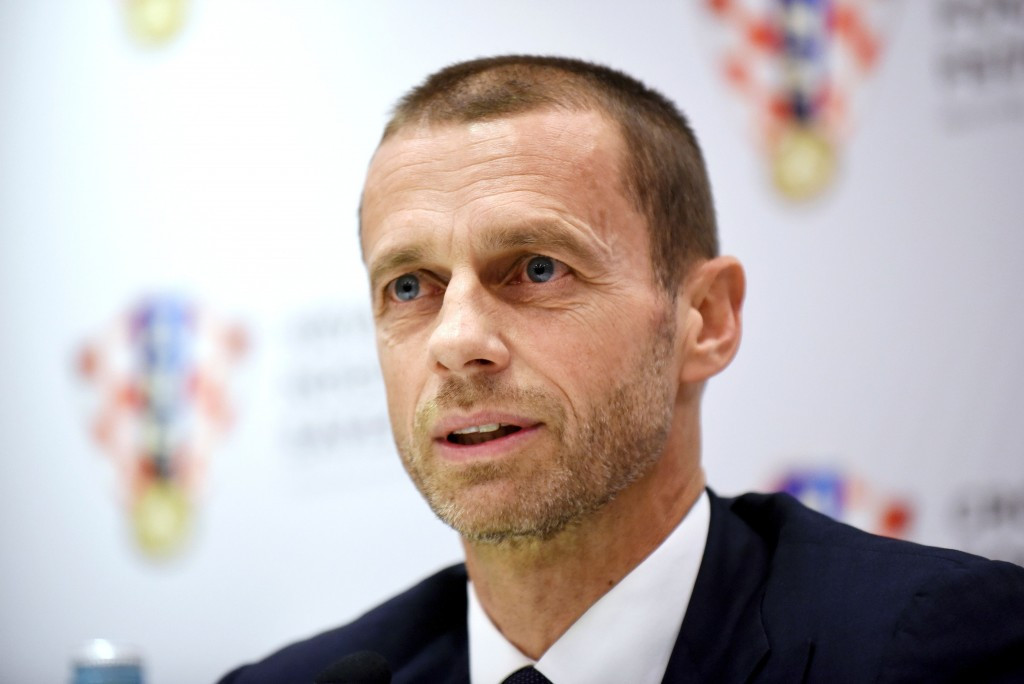 UEFA President Aleksander Čeferin claims there is “no rational or legal reason” why Russia should be stripped of the 2018 World Cup following evidence of state-sponsored doping published in the second part of the McLaren Report.

In an interview with Russian news agency TASS, the Slovenian, elected to replace disgraced predecessor Michel Platini in September, also played down concerns over Vitaly Mutko standing for a place on FIFA’s ruling Council.

Čeferin insisted the results of their doping tests, analysed at World Anti-Doping Agency (WADA)-accredited laboratories in Europe, “have not shown any specific doping issues in Russia”.

Football was one of the sports revealed by McLaren in December to have been involved in a state-sponsored scheme, in operation at major events between 2011 and 2015, where dirty samples were switched for clean ones.

McLaren’s report uncovered 31 doping samples from footballers which had been tampered with.

Mutko, the President of the Russian Football Union (RFU) who was a key figure in Russia securing the hosting rights to the 2018 FIFA World Cup, was accused of covering up a failed test from a top-flight football player last year.

The scandal surrounding Russia led to calls from anti-doping groups, including the Institute of National Anti-Doping Organisations, to strip the country of the 2018 World Cup.

“I don't see any rational or legal reason to take the FIFA 2018 World Cup away from Russia,” said Čeferin.

“I am sure that the Russian Football Union and Local Organising Committee will do a great job and that we will have a very successful World Cup in 2018.

Mutko has been controversially allowed to stand for re-election onto the Council, but he must pass an eligibility check prior to the April 5 election at UEFA’s 41st Congress in Finland’s capital Helsinki.

When asked about the election, Čeferin said the final say will be with the sport's global governing body.

“This will ultimately be a FIFA decision since it is the FIFA Review Committee who performs eligibility checks,” Čeferin said.

“However, I can say that the cooperation between UEFA, myself and the RFU led by Vitaly is very good.”

On the issue of alleged doping in Russian football, Čeferin defended UEFA’s current anti-doping procedures and says a decision to store samples for a 10-year period “shows our commitment to fighting all forms of doping in football”.

“UEFA is doing its utmost in the fight against doping,” the Slovenian added.

“Rigorous testing takes place both in and out of competition during both international matches and UEFA club competitions.

“You may know that in December we made the decision to put in place a new programme-protocol regarding the storage of samples.

“UEFA will store all samples collected for a period of 10 years to allow them to be re-tested.

“This was one of my first decisions as UEFA President and it shoes our commitment to fighting all forms of doping in football.”

The World Cup has been a hot topic among FIFA's top brass in recent months and the Council voted unanimously to expand the 2026 tournament from 32 to 48 teams.

Competing nations will be split into 16 groups of three, with the top two in each progressing to a knockout round.

The proposals, rubber-stamped at a meeting in Zurich last week, had attracted fierce criticism from groups such as the European Club Association.

"During the FIFA Council meeting in Zurich, it was clear that all other Confederations were overwhelmingly in favour of expanding the FIFA World Cup to 48 teams starting in 2026," the UEFA President said.

"As a result, UEFA decided to join in supporting the new format of the competition.