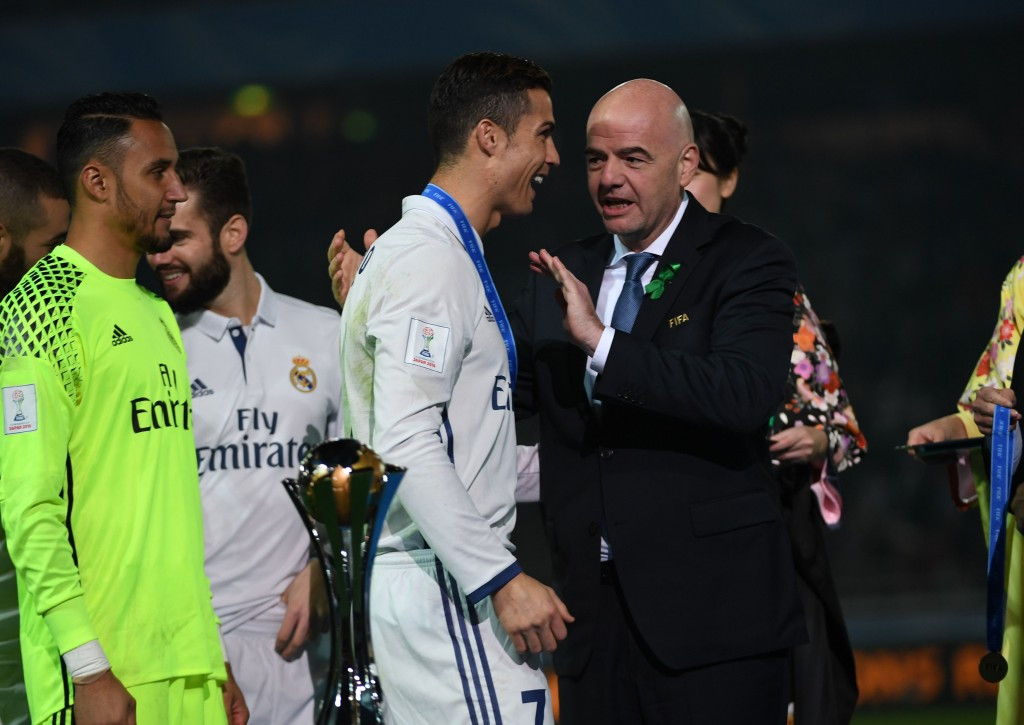 Russia will not be stripped of the hosting rights for the 2018 World Cup in the wake of the findings in the second part of the McLaren report, FIFA President Gianni Infantino has stated while claiming the governing body is not the "world doping police".

In an interview with German magazine Der Spiegel, Infantino stressed "boycotts and bans have never solved any problems".

The Swiss-Italian also confirmed the worldwide governing body would assess the evidence presented in McLaren report, which found more than 1,000 Russian athletes had been implicated in a state-sponsored doping scheme spanning from 2011 to 2015.

It was in operation at several major events during that period, such as the Sochi 2014 Winter Olympic Games, and covered 30 sports, including football.

McLaren’s report uncovered 31 doping samples from footballers which had been tampered with as part of the state-sponsored scheme.

Infantino claims FIFA will "take care of anything in the McLaren report which has anything to do with football" once they have received the "relevant information".

"If measures need to be taken, we will do it.

"We still wait for the chance to look through the relevant information."

When unveiling the second lot of findings in his report, Canadian lawyer McLaren said they "didn't really have a chance to look at Russian football across the board, to look at different teams and what's going on".

"So what we're reporting on is certain footballers that we have information about and not what's going on within teams or leagues," he added.

The extent of the evidence uncovered, including direct involvement from the Russian Sports Ministry, has led to calls for Russia to lose the rights to major events the nation is due to host.

The International Bobsleigh and Skeleton Federation (IBSF) confirmed last week they would move their 2017 World Championships from Sochi in response to the McLaren report, and Königssee in Germany was today announced as the replacement host.

The report was largely dismissed by Russian officials, including Vitaly Mutko.

Mutko, who was recently promoted from Sports Minister to deputy Prime Minister, claimed last week that he doubted FIFA would strip them of the 2018 tournament.

Russia's hosting of the 2018 World Cup - the bid process of which remains under criminal investigation - was also criticised during the UEFA European Championships in France this summer.

Calls had grown for FIFA to take the tournament away from the country as punishment for the violent behaviour of their supporters at the competition.

"I see no problems regarding the World Cup and I do not think that it will involve football," Mutko, the President of the Russian Football Union and a member of FIFA’s ruling Council, told TASS.

"Somebody may be pursuing such aim, but the World Cup has nothing to do with the McLaren report.

"We are developing our infrastructure and building modern stadiums, hotels."

Mutko, a key figure in Russia securing the hosting rights to the 2018 FIFA World Cup, was accused of covering up a failed test from a top-flight player earlier this year.

The case was not made public and the player involved was not banned, the documentary alleged, citing correspondences which appear to carry Mutko's signature.