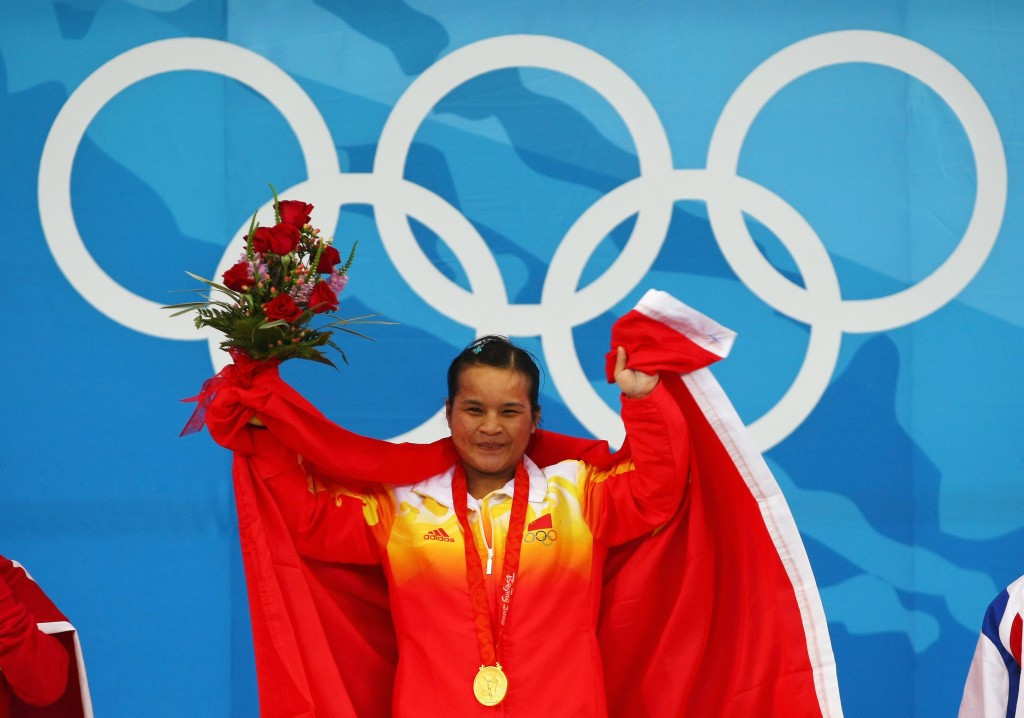 A thorough investigation will be launched by the Chinese Olympic Committee (COC) after three weightlifters were stripped of their Beijing 2008 gold medals for doping.

This comes before a visit to Switzerland by Chinese President Xi Jinping this week, during which he is expected to meet with International Olympic Committee (IOC) President Thomas Bach in Lausanne.

Chen Xiexia, Liu Chinhong and Cao Lei were stripped of their respective under-48, under-69 and under-75 kilograms women's gold medals won in the Chinese capital by the IOC last week following re-analysis of their samples.

All three failed for the prohibited substance GHRP-2 and metabolite GHRP-2 M2.

China is now facing a ban from international weightlifting competition after the sport's world governing body vowed last year to hand a 12-month suspension to all countries who produce three or more anti-doping rule violations in the combined re-analysis of samples from Beijing 2008 and London 2012.

"The COC strongly condemns these three test-failed athletes, whose behaviour goes against sports morals and the Olympic Spirit," the COC said in a statement.

"The COC respects the IOC's verdict and will launch a thorough investigation into the positive doping results.

"The anti-doping campaign is a complicated and formidable task and needs longtime and consistent efforts.

"The COC will cooperate with the IOC in protecting the purity of the Olympic Movement."

The COC stance was accompanied by a similar statement from the Chinese Weightlifting Association, who claimed they will start a "full investigation into the case and punish those responsible in accordance with the law".

China remains top of the medals table at the Beijing Games, but the loss of medals means they now hold 48 gold, 21 silver and 29 bronze for a total of 98.

It is possible that doping concerns could be discussed in the meeting between Xi and Bach.

Preparations for the Beijing 2022 Winter Olympics are also expected to be on the agenda.

"The International Olympic Movement, in its over 100 years, has played a positive role in enhancing all-round human development, deepening friendship between nations and promoting peace, development and progress," Xi wrote in an article published in the Neue Zurcher Zeitung newspaper.

"I am glad to visit the International Olympic Committee and learn from President Thomas Bach and the IOC their ideas about promoting the Olympic spirit and advancing the Olympic Movement.

"In short, I look forward to my upcoming trip to Switzerland, where I will meet people from different walks of life to promote cooperation and innovation.

"Hopefully, the trip will give a strong impetus to China’s relations with Switzerland, Europe, the United Nations and the Olympic Movement in the year ahead."