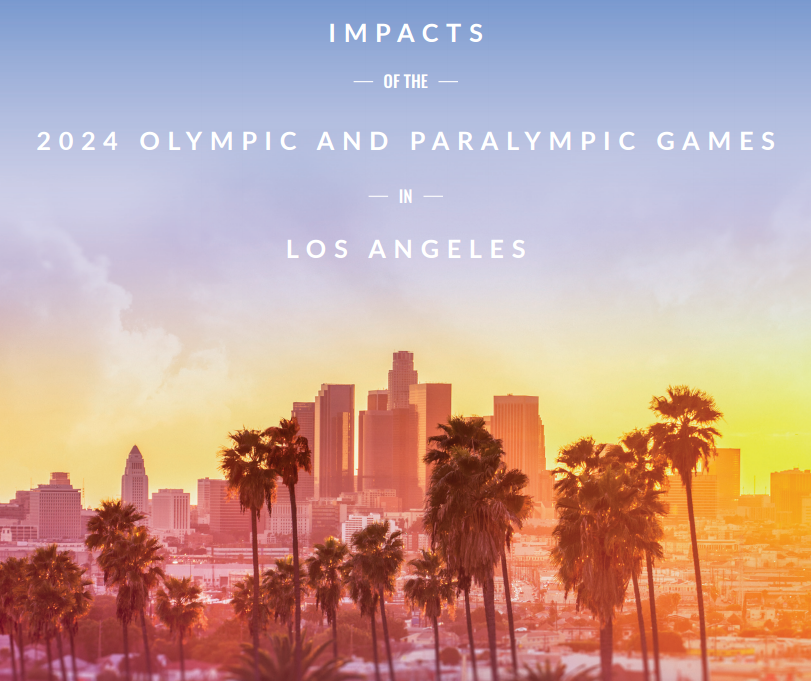 A new study published today has claimed that Los Angeles could help increase economic output across the United States by $18.3 billion (£15 billion/€17 billion) if the city hosts the 2024 Olympic and Paralympic Games.

The study was conducted by Beacon Economics and the Riverside School of Business Centre for Economic Forecasting and Development at the University of California.

It is claimed that economic output could increase by $11.2 billion (£9.2 billion/€10.6 billion) in the host city itself.

A study conducted by the Centre for Law and Economics of Sport at the University of Limoges claimed last year that Paris, one of Los Angeles' bidding rivals, could provide €10.7 billion (£9.3 billion/$11.3 billion) in economic benefits to France should they win the right to stage the Games.

Direct expenditure by a future Los Angeles 2024 Organising Committee and visitors to Los Angeles were analysed as part of the latest study, along with the associated indirect and induced expenditure from suppliers and employees.

It is claimed that with no permanent construction being required for the event, tourism and Games operations would be the sole drivers of the positive economic impact.

The study also claims the number of full time jobs which would be created in Los Angeles could range from 74,308 to 79,307.

"There is little doubt that hosting the Olympics is an enormous boost for a local economy, both in the short term as driven by activity surrounding the events themselves, and in the long term given how these events raise the global profile of the region," Christopher Thornberg, founding partner of Beacon Economics, said.

"The worry is always that these benefits come at too high a cost but because Los Angeles already has many of the assets needed for a successful Olympic experience the upside is far greater than it would be for many other cities who would be hosting for the first time."

Thornberg added that the study detailed the benefits coming directly as a result of the Games, but did not take into account the longer term benefits of hosting the event.

A study released by the California Legislative Analyst Office (LAO) in November also backed the assertion the Los Angeles bid as a "low-risk and fiscally responsible" plan.

It only predicted a "neutral" long-term economic impact on the region, however.

Los Angeles last staged the Olympics in 1984, where it became the first privately funded Games which resulted in a surplus.

The study was commissioned by Los Angeles 2024 as required by the International Olympic Committee’s (IOC) candidature process.

"The Olympics is a $5.3 billion (£4.2 billion/€5 billion) start-up and no-one does start-ups like the people of California.

"This campaign is not just about 2024, but the city and the future of the Olympic Games.

"We have a lot of work to do, but this report convinces me we are on the right path for 2024."

The study will be included with Los Angeles 2024's bid book to the IOC, which is due to be submitted on February 3.

Budapest and Paris are the American city's rivals to stage the Games, with a decision set to be made at the IOC Sesssion in Lima on September 13.

The full study can be read here.