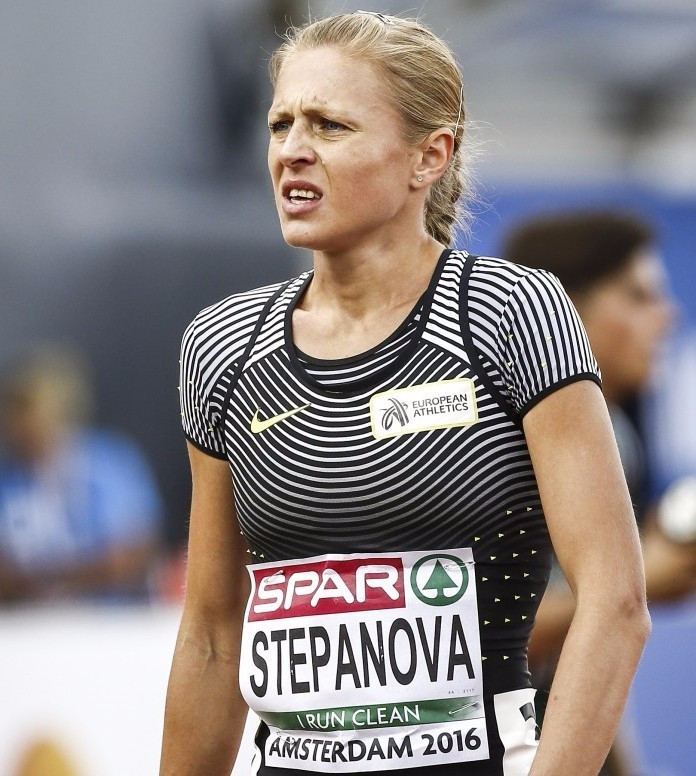 Vladimir Mokhnev, the former coach of Russian 800 metres runner and whistleblower Yuliya Stepanova, has been banned from athletics for 10 years by the Court of Arbitration for Sport (CAS), it was announced today.

Mokhnev has been found guilty of violating the International Association of Athletics Federations (IAAF) rules relating to possession, trafficking and administration of banned substances and/or methods.

They were the key witnesses in the German television channel ARD documentary Top-secret Doping: How Russia makes its Winners  that alleged widespread corruption and drug-taking in Russian athletics.

Their allegations directly to an IAAF investigation which resulted in Russia being banned in November 2015.

Stepanova was herself suspended for doping offences and secretly recorded Russian coaches and athletes over almost two years describing how they used performance-enhancing drugs.

In a written statement she provided to the World Anti-Doping Agency (WADA) in 2013, Stepanova asked her coach, Mokhnev, to be put on the doping programme.

Throughout, Stepanova maintained a detailed account of her training, races and drugs.

"When I first started with the drugs, I was scared," she said in her statement.

"I thought it is bad, but after a time I understand it is normal. All the runners do it. And it works! It is hard to explain — you make the same effort as when clean, but you go faster."

In the statement made to WADA, she said that once she was receiving the testosterone injections, her personal record for the 800m dropped to 2min 08.47sec from 2:13.

“Summer 2007 was the first time when my coach [Mokhnev] gave me Oral Turinabolan pills and Erythropoietin (EPO) injections,” she wrote before her personal best once again fell to 2:03.47.

The statement then said that she received EPO injections every other day from May to October 2007.

"I was told EPO is detectable for nine days after the last injection," said Stepanova.

"As I was told by my coach, there is always doping control, and national championships and his whole preparation (training and prohibited substances) was calculated the way that I was clean while competing."

In the winter of 2008, Stepanova writes, she was doping as she had the year before.

"I did testosterone injections the same way as the previous winter," read the statement.

CAS has also imposed a two year ban upon Anastasiya Bazdyreva, the Russian 800m runner, after she has been found to have violated Article 32.2(b) of the IAAF Competition Rules.

All of Bazdyreva's results between April 23 in 2014 and August 24 in 2015 have been disqualified and any prizes, medals and money as a result of her participation must be forfeited.

Last year, German TV channel ARD claimed that Bazdyreva could have been punished for four years for doping violations.

The 24-year-old was one of four Russian track athletes who was alleged by ARD, along with four coaches, to be facing potential bans after the programme claimed to have footage of her talking about taking steroids.

At the time her coach, Vladimir Kazarin, called the findings "unimaginable nonsense".