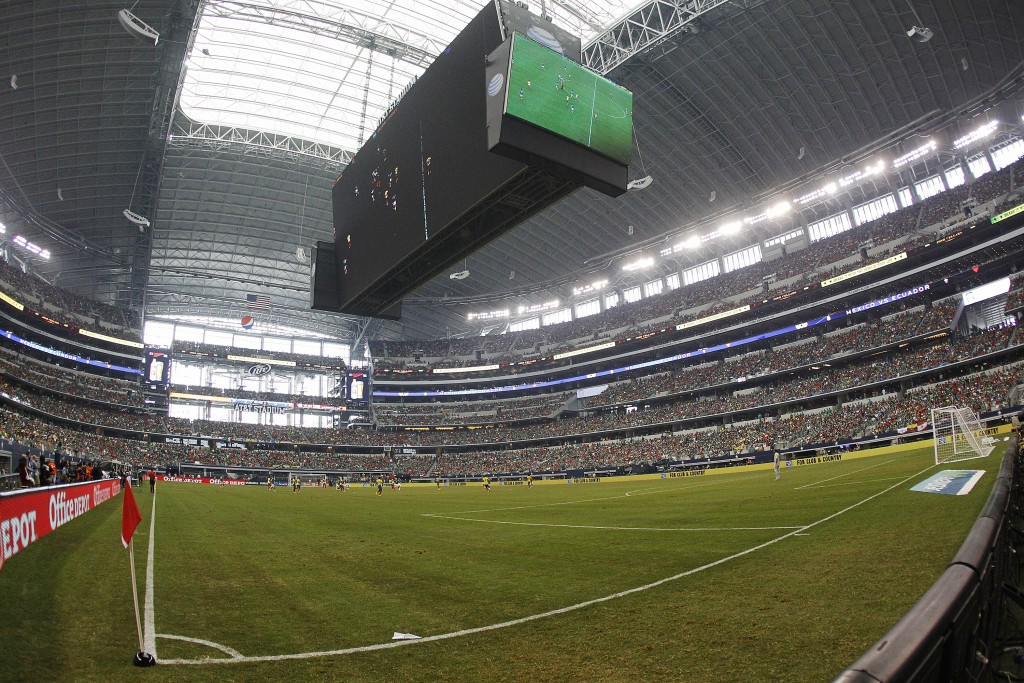 The 14 stadiums in 13 metropolitan areas across the United States that will host the 2017 Confederation of North, Central American and Caribbean Association Football (CONCACAF) Gold Cup have been unveiled.

In order to allow more fans throughout the US to witness first-hand the 14th edition of the biennial event from July 7 to 26, CONCACAF has extended the tournament’s footprint into emerging markets.

The 2017 Gold Cup will feature four first-time host venues, comprising the Alamodome in San Antonio, the FirstEnergy Stadium in Cleveland, Levi’s Stadium in Santa Clara, and the Nissan Stadium in Nashville.

Also being used are 10 previous Gold Cup host venues, including the AT&T Stadium in Arlington, the BBVA Compass Stadium in Houston, the Lincoln Financial Field in Philadelphia, the Qualcomm Stadium in San Diego, the Raymond James Stadium in Tampa and the Red Bull Arena in Harrison.

Completing the line-up is the Rose Bowl in Pasadena, the Sports Authority Field at Mile High in Denver, the Toyota Stadium in Frisco, and the University of Phoenix Stadium in Glendale.

"These cities have all proved ready and eager to host our region’s marquee soccer championship, and welcome world class international soccer next summer.

"With matches also set for some of our more popular venues over the years, such as Dallas, Los Angeles and New York, next year’s Gold Cup will highlight the top-tier sporting status of international soccer across the nation."

The dates for Gold Cup matches scheduled for each group-stage city have also been announced, as well as the groups to be headed up by the tournament’s seeded nations; hosts the US and defending champions Mexico.

Mexico will open up their Group C campaign at the Qualcomm Stadium on July 9 before heading to the Sports Authority Field at Mile High on July 13 and the Alamodome on July 16.

Matches in Group A, which will be filled out pending the completion of the tournament field, are set to be played at the Red Bull Arena on July 7, the BBVA Compass Stadium on July 11 and the Toyota Stadium on July 14.

Levi’s Stadium is one of five knock-out round venues along with the AT&T Stadium, the Rose Bowl, the Lincoln Financial Field, and the University of Phoenix Stadium.

To date, seven national teams from the field of 12 have qualified for next year’s tournament with Canada, Curacao, French Guiana, Jamaica and Martinique joining Mexico and the US.

Canada, Mexico and the US are automatic North American entrants, while the four Caribbean nations earned berths by virtue of securing semi-final places in the 2016-17 Caribbean Football Union (CFU) Men’s Caribbean Cup.

The three best second-place finishers from the third round of the Caribbean Cup - Haiti, Suriname and Trinidad and Tobago - will compete in a round-robin tournament from January 4 to 8 with the winner facing the fifth-place team from the Central American Cup to determine the final Gold Cup qualifier.

The winner of the 2017 tournament will be assured a spot in the next edition of the CONCACAF Gold Cup in 2019.

Complete groups and the full schedule, including selection of dates and assignment of matches for the knock-out round and the awarding of the final, is due to be announced next year.