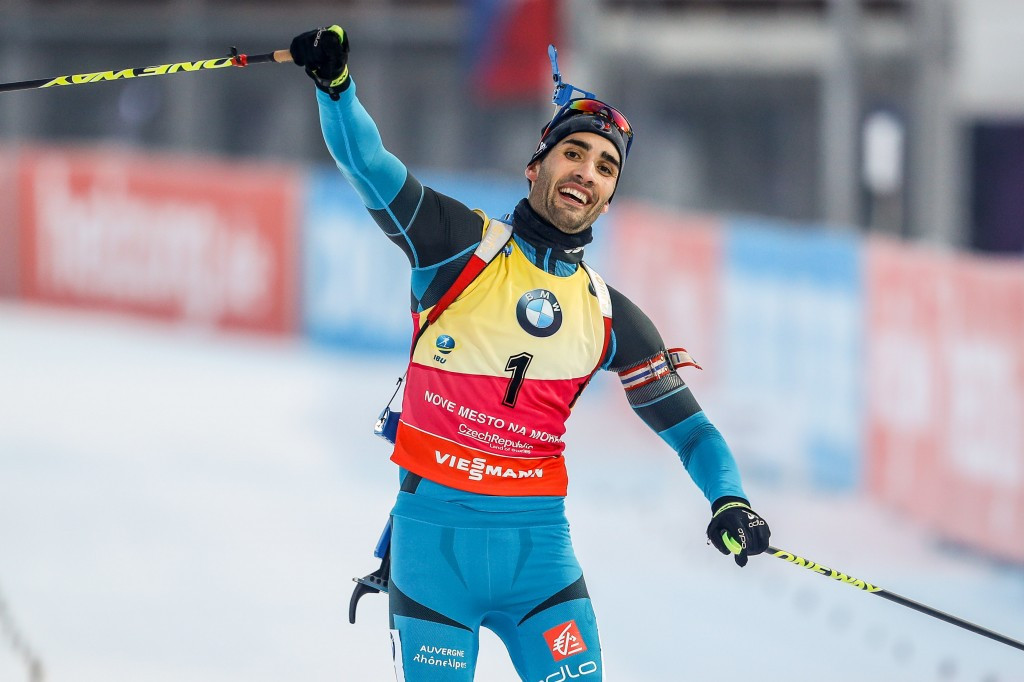 IBU President Anders Besseberg told Russia's official news agency TASS earlier this week that it had received the names of 31 Russian athletes implicated in the second part of the McLaren Report and a decision on possible sanctions could be made before the 2017 World Championships in Hochfilzen in February.

In an interview with Norwegian television channel NRK, Fourcade threatens to lead a boycott of the Biathlon World Cup series if the IBU does not come down hard.

But the Frenchman has said in a post on his official page on Russia’s VK social networking site that his statement "is that before any reaction, insinuations or loose talk".

"We have to wait for proof," added Fourcade, who secured the 55th IBU World Cup win of his career today after dominating the men’s 12.5 kilometres pursuit in Nové Město in the Czech Republic.

"I will always fight for a clean sport and will never accept to compete with athletes who break the rules.

"Thanks for your love, your support, your trust and to judge me for who I am, for what I do, and not for bad translations of words and sentences I never said."

Besseberg said an IBU working group will decide on further action before putting recommendations to the Executive Board on December 22.

The second part of the McLaren Report revealed over 1,000 Russian athletes had been involved in a state-sponsored doping scheme between 2011 and 2015, which was in operation at major events such as the 2014 Winter Olympic Games in Sochi.

Norway’s Ole Einar Bjorndalen, an eight-time Olympic gold medal medal-winning biathlete, has said the doping allegations against Russian biathletes must be taken seriously, but the sportsmen and women are innocent until proven guilty.

"As long as they are not disqualified, for me they are all clean," he told sport.de.

"If only 10 per cent of [the allegations] is true, it’s a disaster, but before that I want to see evidence."

Despite incurring a single penalty in the second prone stage of today's event in Nové Město, Fourcade’s time of 32 min 53.6sec was comfortably enough to take the win ahead of Russia’s Anton Shipulin who was 30.2 seconds back with two penalties.

"I am just so happy because it was a hard competition against Anton; his prone shooting was really good," said Fourcade, whose victory was his seventh in eight individual competitions this season.

"On skis I could catch him as I felt very good.

"I hope people won't misunderstand my celebrations on the track, but often people say I don't show emotions for my wins and today I wanted to share my happiness with this fantastic crowd."

At that point, Fourcade picked up a penalty while Shipulin cleaned and took a 150m lead for the next loop.

The top two were back together as they came to the stadium for the first standing, but places reversed as Shipulin had a penalty, while Fourcade coolly cleaned and grabbed a 10.1 second lead.

Shipulin, not skiing as fast as Fourcade, fell further back in the loop heading to the final standing stage, falling more than 20 seconds back.

Fourcade easily cleaned with four shots in the prone ring and headed for the win unchallenged.

Chevalier cleaned in the first standing to take the lead, with Akimova back in second and Wierer 20-plus seconds back in third.

She then cleaned again before anyone else got off a single shot, including Wierer, who also cleaned to leave in second, 17 seconds back.

Wierer pushed the last loop but could not catch Chevalier as the Frenchwoman crossed the finish line first.

"I did not expect this when I came here; it's amazing to win here in front of so many people," said the 23-year-old Chevalier.

"In the last 100 meters, I was scared Doro could catch me, but then I enjoyed every moment until the end."