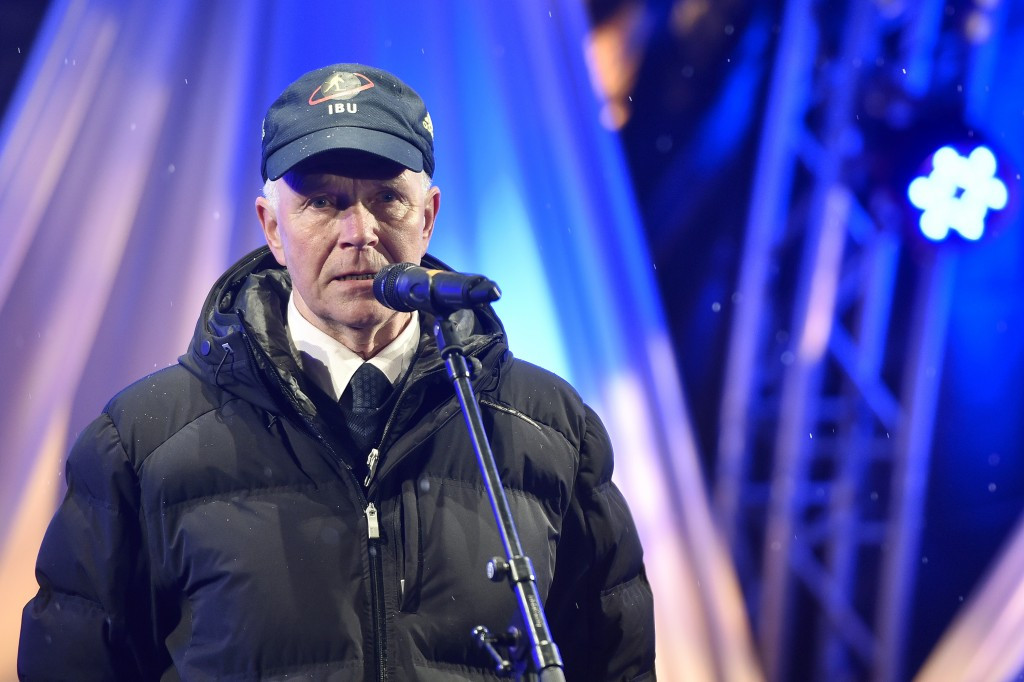 The International Biathlon Union (IBU) has received the names of 31 Russian athletes implicated in the second part of the McLaren Report and a decision on possible sanctions could be made before the 2017 World Championships in Hochfilzen in February, according to the President of the worldwide governing body.

IBU head Anders Besseberg told Russia's official news agency TASS that he hoped the expert group, which is looking into the evidence provided in the Canadian Lawyer’s report, would provide them with the necessary information "as soon as possible" so that they can "make some decisions".

"But it will first of all depend on the work of the group - if they have the necessary material or if they have to collect more material and so on," he said.

The Norwegian, IBU President since 1992, had earlier told newspaper VG that recommendations from the group could be given "within a week" before the IBU decide whether those involved should be provisionally banned from the sport.

"Some of the 31 athletes are already banned, others have stopped, but the most urgent of all to get an assessment of the biathletes who now participate in our international competitions," Besseberg told the Norwegian publication.

"I reckon that we on the [IBU] Board will make recommendations within a week and the background can weed out those athletes who the Committee believes should be provisionally excluded."

In a statement, the IBU confirmed the group were "still reviewing and evaluating the Evidentiary Disclosure Packages that contain detailed information on each individual case".

The second part of the McLaren Report revealed over 1,000 Russian athletes had been involved in a state-sponsored doping scheme between 2011 and 2015, which was in operation at major events such as the 2014 Winter Olympic Games in Sochi.

According to the Evidence Disclosure Package (EDP), three members of the Russian team which won Olympic silver in the 4x6 kilometres relay at Sochi 2014 could be implicated.

The extent of their involvement is not yet known as the documents identifying the women and their codes did not contain any evidence of doping.

However, one document in the EDP failed to redact the names of the four athletes - Olga Zaitseva, Olga Vilukhina, Yana Romanova, and Irina Starykh.

Starykh was due to represent her nation at Sochi 2014 before she tested positive for erythropoietin and she was replaced by Ekaterina Shumilova on the Russian quartet for the Games.

The other three biathletes have all since retired from the sport.

The findings in the report also prompted the International Bobsleigh and Skeleton Federation (IBSF) to strip their 2017 World Championships from Sochi, leading to calls for other Federations to follow suit.

The IBU awarded their 2021 World Championships to Tyumen in September, which appeared to be a direct violation of the International Olympic Committee’s (IOC) "provisional measures" first introduced in July in the wake of the publication of the first McLaren Report.

They urged all Winter Federations to "freeze preparations" for major international competitions in Russia, while asking them to "actively seek alternative organisers".

The IBU claim the IOC Sports Department allowed them to press ahead with the vote in which Tyumen was victorious during a meeting of Olympic Winter Federations in Rio de Janeiro in August.

The provisional measures were extended during a meeting of the IOC Executive Board earlier this month.

"We know that there are candidates who have signed up to take over Junior Championship - if it will be the outcome," he said.

"Technically it is no problem to move a World Cup event at short notice.

"We can do that in seven days."

The International Ski Federation (FIS) has also released a statement regarding the report, confirming there are cross-country athletes "included with alleged anti-doping rule violations, all of which relate to the tampering of samples during Sochi 2014".

"FIS is in ongoing contact with the dedicated group at WADA which is working with the McLaren Investigation Team for further specific questions," the statement added.

Elena Valbe, the head of the Russian Ski Federation, seemed to suggest in an interview with R-Sport that they would be willing to lose the rights to the Cross Country World Cup event in Tyumen in March if it meant their athletes would not be banned from the 2018 Winter Olympic Games in Pyeongchang.

The damning and extensive evidence presented in the McLaren Report has increased the calls for Russian athletes to be banned completely from Pyeongchang 2018.