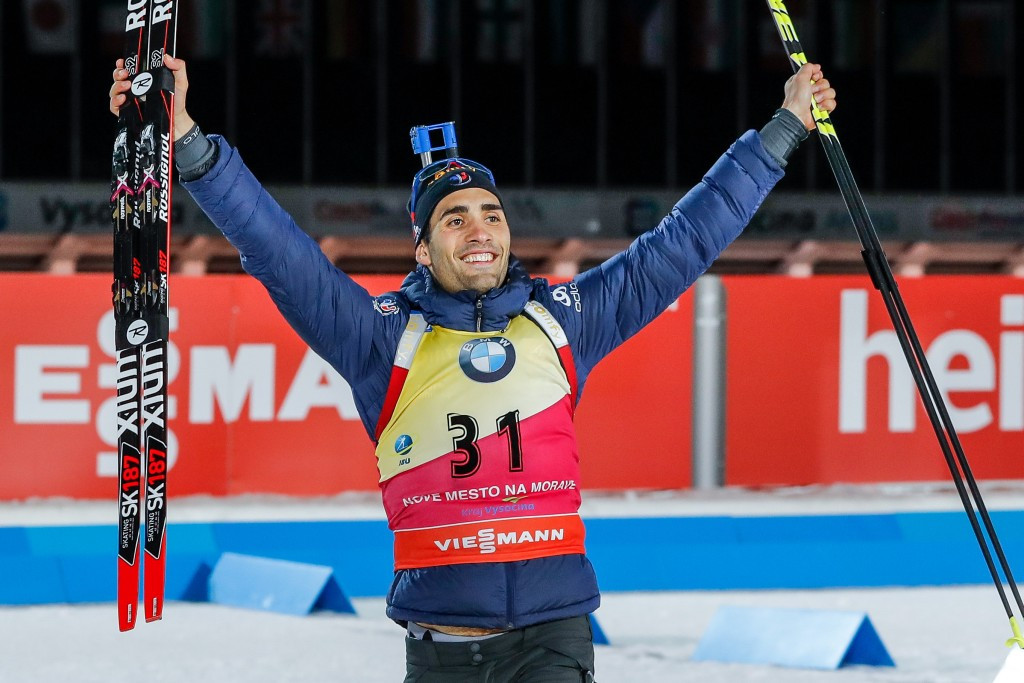 France’s Martin Fourcade made history as he won his third sprint before the Christmas break when the International Biathlon Union World Cup took place in the Czech Republic today.

He made it across the finish line 23mins 48sec with just one penalty to his name in the 10km sprint at Nove Mesto to secure his third victory of the season, a first in World Cup history.

Russia’s Anton Shipulin was 2.6secs behind Fourcade as he claimed second spot, while Emil Hegle Svendsen of Norway chalked up one penalty as he finished in third place, 6.5secs back.

The latter’s team-mate Johannes Thingnes Boe was also heavily involved in the action on his way to a fourth place finish.

It was Shipulin who made the running early on after shooting cleanly prone and standing to take the lead with Fourcade, Svendsen and Boe all chasing him.

All three had a dart at the Russian, but out of them, only Fourcade could produce the goods as he timed the challenge perfectly, skiing the final 800 metres quickly to overhaul Shipulin in a thrilling finish.

On Saturday (December 17), the men will be participating in a 12.5km pursuit competition before finishing the weekend with a 15km mass start the following day.

Tomorrow, the women’s competition will begin in Nove Mesto with a 7.5km sprint race.