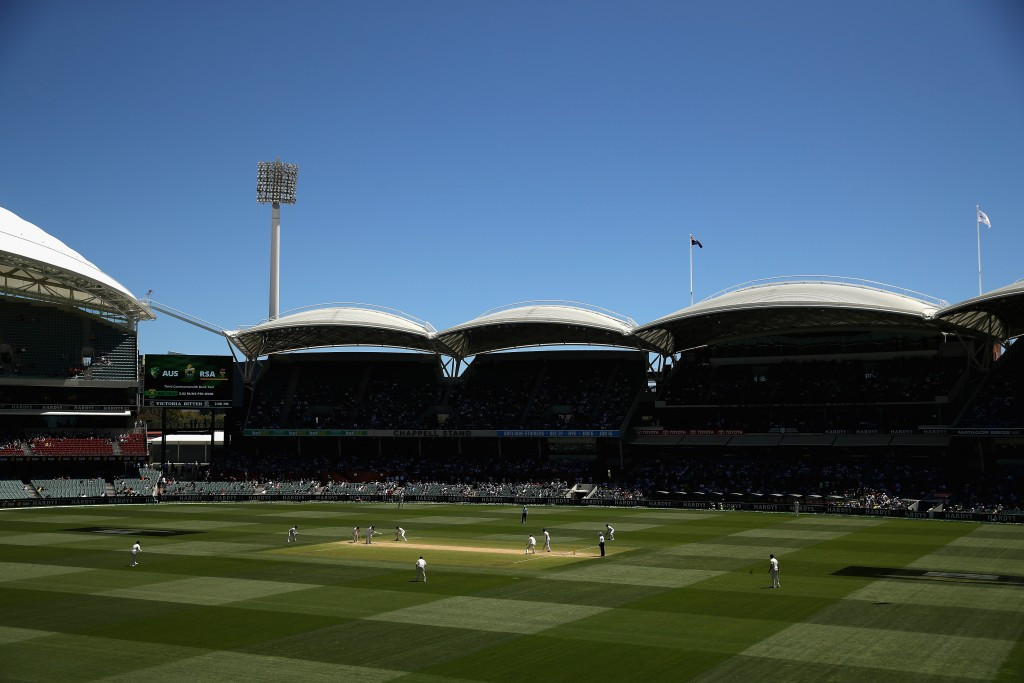 The Adelaide Oval will play host to the first day-night Ashes Test match between Australia and England during the 2017 to 2018 series, it has been announced.

The contest between the two fierce rivals is due to take place from December 2 to 6.

It will be the second match in the five-Test series, which gets underway with the opening encounter beginning at The Gabba in Brisbane on November 26.

The clash in Adelaide represents a moment of history for the Ashes Series and Cricket Australia chief executive James Sutherland says he expects a full crowd and a raucous atmosphere at the iconic venue.

“We’re really excited to announce that Adelaide will play host to the first ever day-night Ashes Test,” he said.

“We know how much Adelaide fans love this style of Test cricket.

“We’re expecting a full house next year in what is sure to be a great contest.”

The venue then hosted a second day-nighter against South Africa last month.

Feedback has been largely positive since the inaugural match and England are set to hold their first day-night Test against the West Indies at Edgbaston in August.

Players wear traditional cricket whites during the matches but a pink ball instead of a red one is used, while the majority of the contest takes place under floodlights.

Following the Adelaide test, England’s tour of Australia, where they will look to retain the Ashes urn, will continue with the third match of the series in Perth.

The usual Boxing Day and New Year tests will be held in Melbourne and Sydney respectively before a five-game one-day international series gets underway on January 14.