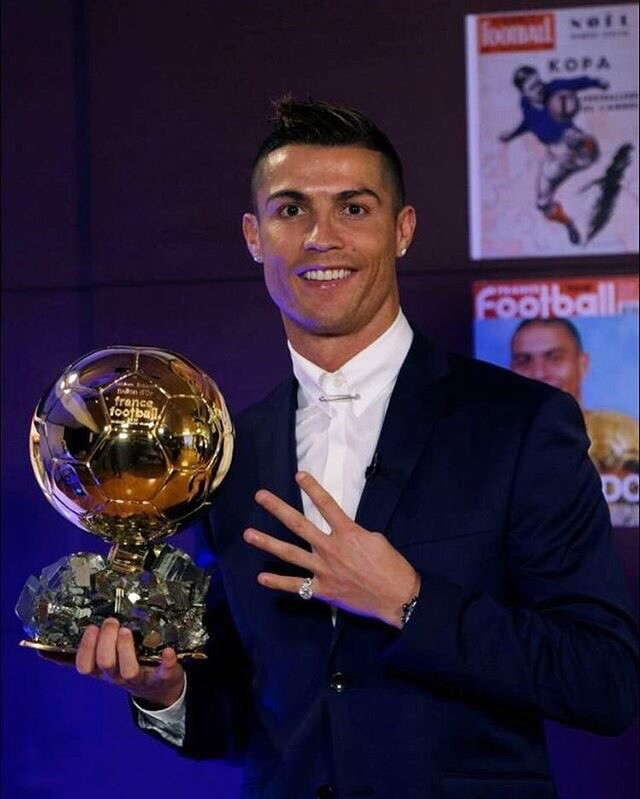 Cristiano Ronaldo has won the Ballon d'Or for a fourth time after he beat Barcelona's Lionel Messi and Frenchman Antoine Griezmann to the title.

The 31-year-old is now one behind Messi, who took the honour for a fifth time last year and finished second this time.

“The emotion is like the first one. It’s the dream come true again.

"I never thought in my mind to win the golden ball four times so I’m so pleased and happy.

“I have the opportunity to thank all my team-mates, the national team, Real Madrid, all the people and players who helped me to win this individual award.

"So as you can imagine, I feel so proud and happy to receive this amazing and beautiful ball.”

Following club success, Ronaldo then led Portugal to their first major international trophy as they beat France in Paris to win Euro 2016.

The award, which this year was handed out by France Football magazine moves him clear of the three‑times winners Marco van Basten, Michel Platini and the late Johan Cruyff.

The Ballon d'Or is voted for by 173 journalists from around the world.

It has been awarded by France Football every year since 1956, but for the past six years it became the FIFA Ballon d'Or in association with world football's governing body.

However, FIFA ended its association with the award in September and will now hand out its own prize for the world's best men's player, along with the best women's player and team of the year at a separate ceremony in Zurich on January 9.

Ronaldo’s Real Madrid team-mate Gareth Bale, who helped drive Wales to the Euro 2016 semi-finals, was voted in sixth place during the ceremony in Zurich.

Barcelona dominated the top five with Luis Suarez and Neymar joining Messi in narrowly missing out.