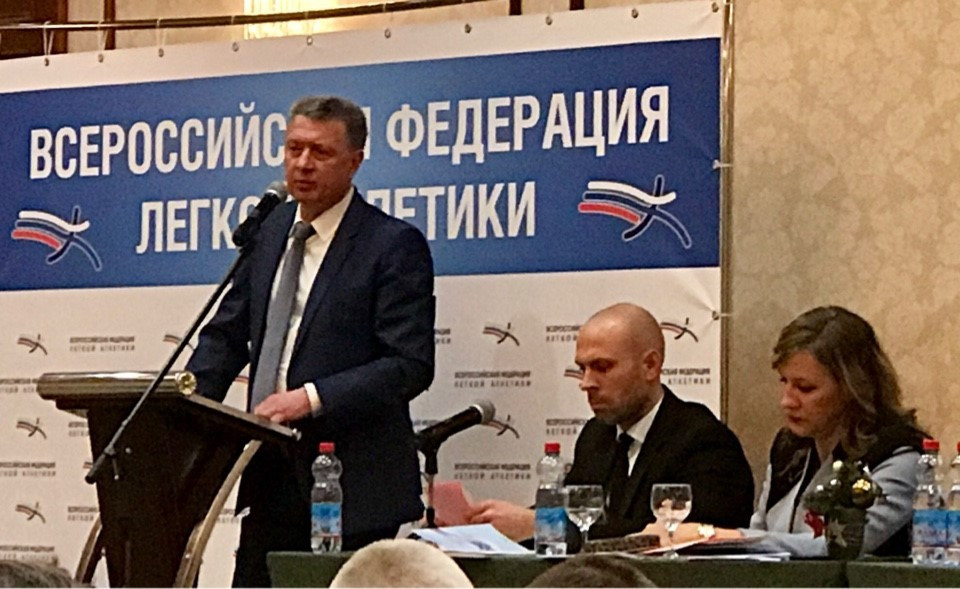 Double Olympic pole vault champion Yelena Isinbayeva officially withdrew before the start of the election having been appointed on Wednesday (December 7) as the new chair of the Russian Anti-Doping Agency (RUSADA).

"I had to withdraw my candidacy because I was named as the head of the RUSADA Supervisory Council," Isinbayeva, a member of the International Olympic Committee Athletes' Commission, said.

"This was to ensure that there would not be a conflict of interests."

Mikhail Butov, the secretary general of the RusAF, pulled out after the first round of voting having polled only 16 votes.

The 49-year-old Shlyakhtin, a regional Sports Minister in the Samara region of central Russia, had originally been elected in January on a temporary basis to replace Vadim Zelichenok.

He himself had taken over in an interim basis on February 2015 after Valentin Balakhnichev stepped down when the reports of systematic doping in Russia first emerged via German broadcaster ARD.

Russia was banned by the International Association of Athletics Federations (IAAF) in November last year following an investigation into ARD's allegations.

Shlyakhtin has met on several occasions with the IAAF Taskforce set-up to oversee Russia's return to international competition and is confident that they will be readmitted shortly.

"I am confident we have done everything on our side," he told delegates at the General Assembly in the Russian capital.

Shlyakhtin's manifesto - "Project 2020" - also called for more funding to be raised for the RusAF to help the development of the sport in Russia, particularly in the regions.

Shlyakhtin faced criticism from Silnov, an elected a member of Legislative Assembly of Rostov Region, that he needed to devote more time to his role as President of RusAF and that he should work full-time within the organisation.

He rejected that accusation and said delegates that he spent four days a week in Moscow at RusAF and he was "fully committed" to the position.

Silnov was elected as first vice-president.

Yuriy Borzakovskiy, the 2004 Olympic 800 metres gold medallist and 2001 world champion, was among the other three vice-presidents elected and he also retained his position as head coach.

He had been appointed in February 2015 on a temporary basis following the resignation of Valentin Maslakov in the wake of the doping revelations.

Other vice-presidents elected were another former high jumper, Marina Kuptsova, the 2003 World Championship silver medallist, and Yuliya Tarasenko, winner of a gold at the 2013 World Orienteering Championships.

Several former athletes were also elected as part of the 11-person Presidium.

They included Olesya Zykina, an Olympic bronze and silver medallist in the 4x400m relay at Athens 2004 and Sydney 2000, and the 2010 European high jump champion Aleksandr Shustov.

Also joining the Presidium is Larisa Kruglova, a Olympic silver medallist in the 4x100m relay at Athens 2004.