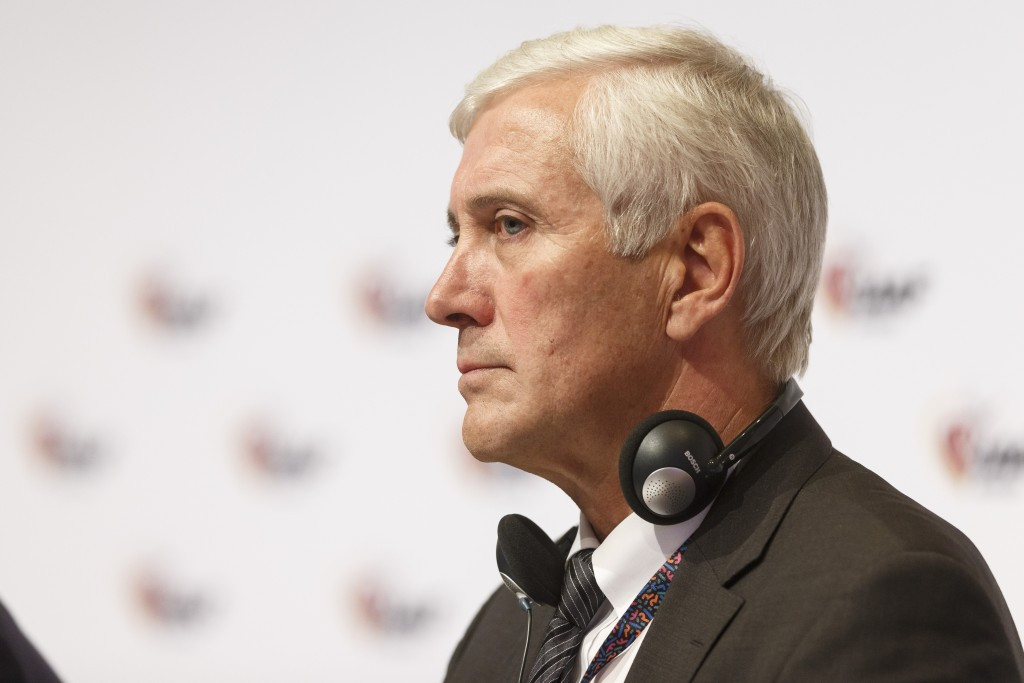 Rune Andersen, head of the Taskforce dealing with Russia’s suspension from track and field competition, will deliver his latest report to the International Association of Athletics Federations (IAAF) on Thursday (December 1) during the second day of the Council meeting here.

It would be a big surprise if there were a major announcement on the position given that Richard McLaren’s second and concluding report for the World Anti-Doping Agency (WADA) on the subject of Russian doping transgressions will be made public in London on December 9.

McLaren’s final report – the initial findings of which were released in July, shortly before the Rio Olympics - is expected to deal with allegations made about a state-sponsored scheme of doping operated at the 2014 Sochi Winter Games which implicated up to 15 Russian medal winners.

He is also thought to be exploring allegations of similar activities at other events held in Russia, including the 2013 IAAF World Athletics Championships and 2015 World Swimming Championships in Moscow and Kazan respectively.

WADA recommended Russia be handed a blanket ban from Rio 2016 as a result of the allegations, although the International Olympic Committee (IOC) rejected this and instead handed responsibility to individual International Federations.

The IAAF, however, decided to suspend Russian track and field athletes from competition last November on the advice of the Taskforce it had established to look into doping allegations, and it upheld the suspension in June.

In the wake of the IAAF ban on Russian athletes, the 2018 IAAF World Race Walking Team Championships were removed from their original venue in Chebksary in Russia and the Council will now consider the bid put forward by the Chinese city of Taicang.

Meanwhile Aarhus, in Denmark, has bid for the 2019 IAAF World Cross Country Championships.

There are no opposing bids in either case.

Saturday’s (December 3) Special IAAF Congress will involve more than 200 representatives of every member organisation, voting on the major governance structure reform proposals approved by the IAAF Council during the Rio Olympics.

Delegates in Monaco will be asked to vote on two constitutions - one to be implemented next year and the other to take effect from 2019 -  which embody the four key principles of the reforms.

The most urgent of these principles relates to the creation of "independent anti-doping, integrity and disciplinary functions", which would be set in motion by the first of the two constitution models.

The 2019 Constitution model would set in place the remaining three principles, one of which involves creating an Executive Board to deal with business, sponsorship contracts and planning which would allow a 26-strong Council to concentrate on sporting issues.

The other two principles relate to the creation of "a greater voice for athletes" and "a better gender balance" – the latter requiring two of the four vice-presidents to be female and a Council membership of 50 per cent women by 2023.

It will be the first gathering of all the member federations in Monaco since 1994.

On Friday (December 2) night nine-time Olympic sprinting champion Usain Bolt will hear if he has won his sixth IAAF World Athlete of the Year title - he is shortlisted along with South Africa’s Wayde van Niekerk, who won the Olympic 400 metres title in Rio and set a world record from the outside lane, and Britain’s Mo Farah, who retained his Olympic 5,000 and 10,000m titles this summer.

The three-shortlisted candidates for the women’s award are Ethiopia’s Almaz Ayana, who won the Olympic 10,000m title in a world record, Jamaica’s Olympic 100 and 200m champion Elaine Thompson, and Poland’s Anita Wlodarczyk, who retained her hammer throw title in Rio and twice broke the world record in 2016.