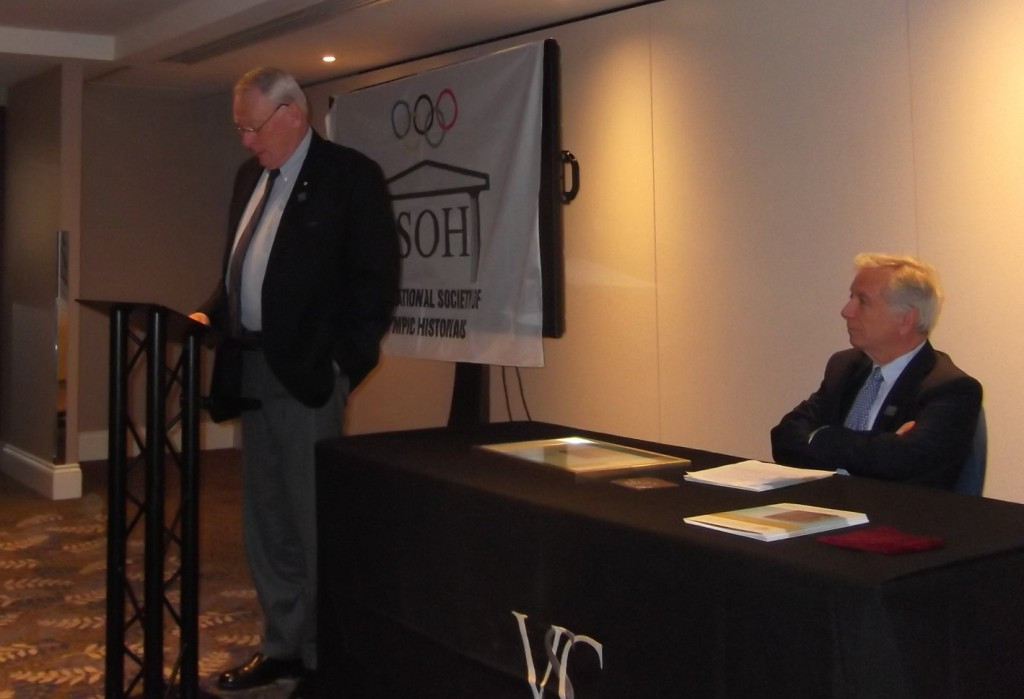 The International Olympic Committee’s (IOC) most senior member said the organisation lost "its moral authority" when it refused to ban the entire Russian team from the 2016 Olympic Games in Rio de Janeiro.

These bans followed the allegations of widespread state-sponsored doping in Russia.

"The IAAF and the International Paralympic Committee did in my view the right thing," said Pound.

"The [IOC] Executive Board did not do the right thing and seriously damaged the reputation of the IOC.

"The failure to exclude Russia was an opportunity lost, a huge loss of moral authority by the IOC.

"There is a deterring effect on the sanctioned and anybody else.

"That’s the big opportunity we have missed with Russia in Rio.

"We don’t care who you are, big small, large.

"If you cheat and it happens to be Russia, the deterrent factor is a lot more."

Pound was the founding chairman of the World Anti-Doping Agency (WADA), so it was unsurprising that doping loomed large as he examined 25 key themes in the development of the Olympic Movement in typical style to celebrate the historians’ silver jubilee.

As further tests on samples from 2008 and 2012 have revealed widespread doping offences in weightlifting, Pound recalled a threat to expel the sport at the 1988 Seoul Olympics in South Korea after similar doping scandals.

"I love weightlifting, it's an elemental, strategic, exciting sport, but it has a problem," he said.

"[We said] we’ll take you off the Olympic programme for whatever it takes, we’ll help you and then we’ll welcome you back with a fanfare and everything once your problem is solved.'"

A system of fines and a change in weight categories to expunge suspect records had an effect back in the 1990s, but now the sport is plunged into crisis once again.

"At a certain point you can certainly say 'you’re giving everybody a bad name here, why don’t you take a rest,'" said Pound.

The re-testing of samples from Beijing and London has seen results revised, seemingly on an almost weekly basis.

It was not such an issue on a rainy London day in December 1991 when the ISOH was founded at the now demolished Duke of Clarence Pub in Notting Hill.

"The society had started as a concept long before that meeting," said founder member Bill Mallon.

"In the 1980s, I’d started writing Olympic history as a hobby and in the process began communication with various Olympic historians and hobbyists.

"In several of these letters the idea of forming a society was broached."

His ground-breaking "Complete Book of the Olympics" first appeared in the mid 1980s, but to the dismay of many Olympic fans, publishers decided against printing a 2016 edition for the Rio Games.

Membership of the ISOH is open to all who are interested in Olympic History.