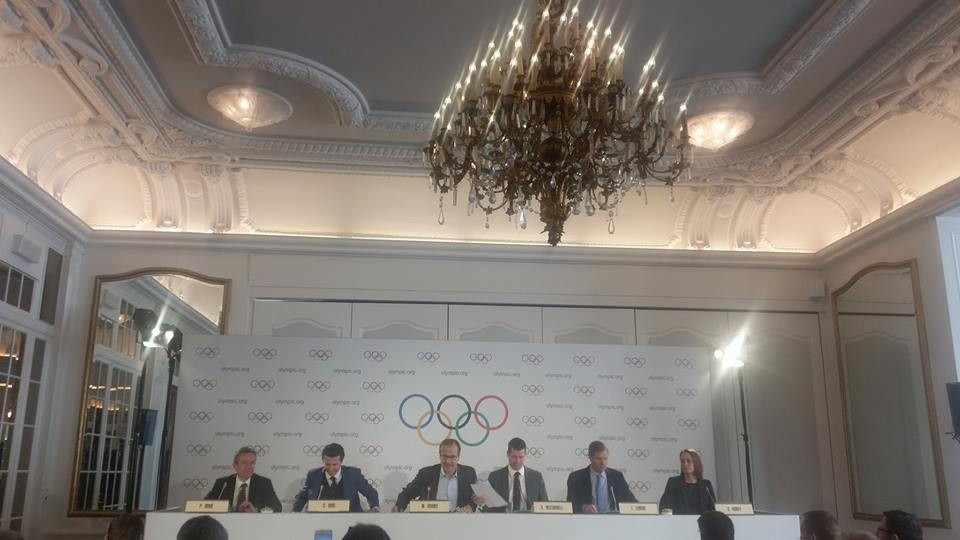 Rio 2016 has been described as the "most perfect imperfect Games" by the International Olympic Committee (IOC) today as they released an avalanche of new data and statistics supposedly showing its success.

They claimed the event proved critics wrong after a build-up dominated by concerns over how everyone was going to "die of Zika and poisoned water".

The feedback, presented on the opening morning of the IOC Executive Board meeting here, was documented in a presentation entitled The Marvellous Games in the Marvellous City.

High broadcasting figures and a "great legacy for the city of Rio de Janeiro" was highlighted as well as the "universal" nature of an event supposedly consumed by half of the world's population.

“I think it is important we’ve got new research and new findings rather than talking about how we or you felt about the Games," said IOC Presidential spokesperson Mark Adams in response to a question about whether they were ignoring problems during the event.

"And as it turns out, we find out the Games were the most universal and consumed Games ever.

"So I think it is important to get this side of the opinion across.

"Were they perfect Games?

"No, I think someone described them as the “most perfect imperfect Games" and that is a rather good characterisation.

“There were problems but what is fantastic was the way these problems were overcome.”

It is true that some anticipated problems, such as concerns over the impact of mosquito-borne Zika virus, did not materialise and organisers did well considering they were faced with budget cuts amid an economic recession in Brazil months before the Games started.

But problems to arise included empty seats at venues, organisational shortcomings on the field-of-play which included a diving pool turning green and the falling of an Olympic Broadcasting Services-operated camera in the Olympic Park.

A special payment was required from the City Government for the Paralympic Games to go ahead and now, three months on, 700 suppliers remain yet to be paid.

The drugs testing programme in operation during the event has also been strongly criticised by a World Anti-Doping Agency (WADA)-commissioned report - although the IOC did also attempt to claim this had been a success after the report was released.

None of these negative factors were talked about at a press conference today, even when they were specifically listed.

"Were they absolutely perfect?," concluded IOC executive director for the Olympic Games Christophe Dubi when asked about how Rio 2016 will shape future editions.

"No, but everybody coming back with a big smile on [their face], that was the ultimate judgement.

"Do we have to change our evaluation criteria? Absolutely not.

"We will engage, consult and learn from our mistakes with a view to do better."

In response to a question about whether the special press conference was being held to trumpet Rio 2016 success because of criticism about the Games among the international press and public, Dubi added: "It’s very important that we go back with more precise information to back up what we all felt and lived as an extraordinary experience.

"It’s still important to have more of an analytical view."

The IOC-commissioned survey was split into four sections: "visibility and awareness, universal and inclusive Games, legacy and transformation and stunning sporting achievement".

It was described by IOC deputy secretary general Pere Miró as the "only global event in a troubled world where the whole world comes together" and a "strong signal of unity in diversity for the international community".

"Independent" research conducted by Sponsorship Intelligence found that 82 per cent of spectators surveyed said their experience was better than expected and rated their enjoyment as 9.5 out of 10.

The association of the Olympic Games with terms such as excellence, diversity, friendship, respect and useful has also increased since London 2012, they said.

It was claimed the success of the event brought "pride and confidence to all Brazilians, bringing the country together at a difficult time".

Supposed legacy benefits included increases to public transportation and the revitalisation of the historic Porto Maravilha area of Rio.

However, there was no mention of a recent report suggesting crime levels have soared in Rio de Janeiro and throughout the country in 2016 and since the Games.

It is claimed that the murder rate in Rio de Janeiro State has shot up by 21 per cent this year.