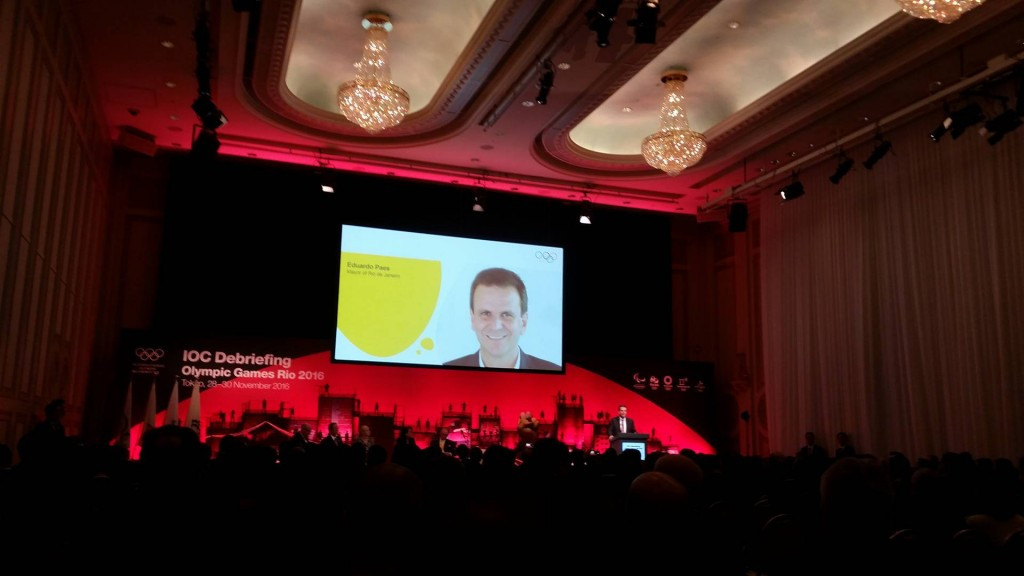 Outgoing Rio de Janeiro Mayor Eduardo Paes believes the transformation of the port area of the city was a key achievement made possible only by hosting the Olympic and Paralympic Games.

He admits, however, that Brazil's political and economic chaos caused problems "every day" beforehand.

Paes, who will be officially replaced as Mayor by Marcelo Crivella in January, was speaking here on the opening morning of a Rio 2016 Debrief designed to pass on experience to the Japanese organisers of the Tokyo 2020 Games.

He reiterated how preparations for the Games took place in a tumultuous period of economic downturn and political corruption scandals which culminated in the impeachment of former President Dilma Rousseff three months beforehand.

"The political and economic crisis was the worst moment for me," he said.

"We had three Presidents [during the preparatory phase], three [state] governors.

"The Federal level was a complete mess and the State Government was bankrupt after the end of 2015.

"I was there all the time and I would constantly say to people, 'don't worry, everything will be okay', but it was hard."

When asked how often this gave him sleepless nights ahead of Rio 2016, he answered: "every day".

He claims the redevelopment of the Porto Maravilha in downtown Rio is something which he "would not even have considered supporting if it was not for the Games".

The same could be said for methods to reduce pollution on Guanabara Bay, he added, although Rio did not meet their bid-time objective to use the Games as a catalyst to completely clean the much-maligned waters on which sailing competitions were held.

All the speakers repeatedly emphasised the supposed success of the Games despite the "formidable challenges".

El Moutawakel, Nuzman and Paes all repeatedly claimed that the Games had created a "new" Rio de Janeiro from the one beforehand while improvements to hotels and transport systems were also highlighted.

"It took an extraordinary effort to keep things on track - but Rio 2016 was a success," said El Moutawakel, the 400 metres hurdles Olympic champion at Los Angeles 1984.

Others, however, have been sceptical of the claim that the Games have changed the city and point out how changes have not benefited parts of Rio ravaged by crime and poverty.

Nuzman cited the Opening Ceremony as his highlight of the event while Coventry described the feeling of walking into the Athletes' Village for the first time.

At this point, Paes chipped-in and said: "I am happy you [Coventry] are not from Australia - kangaroo country" in reference to his spat with the Oceanic team ahead of the Games when they criticised conditions in the Village.

When asked what he had learnt from being in Brazil, Mutō mentioned the way Rio 2016 had cut expenses.

"It is important that athletes and everyone else should still have a fulfilling moment," he said, in light of the ongoing proposals to cut the Tokyo 2020 budget.

Tokyo Governor Yuriko Koike also delivered a brief speech at the beginning of today's meeting in which she described the "weight of responsibility" she had felt when receiving the Olympic Flag from Paes during the Closing Ceremony in Rio.

A video message was played for IOC President Thomas Bach while Tokyo 2020 President Yoshirō Mori was among other speakers.