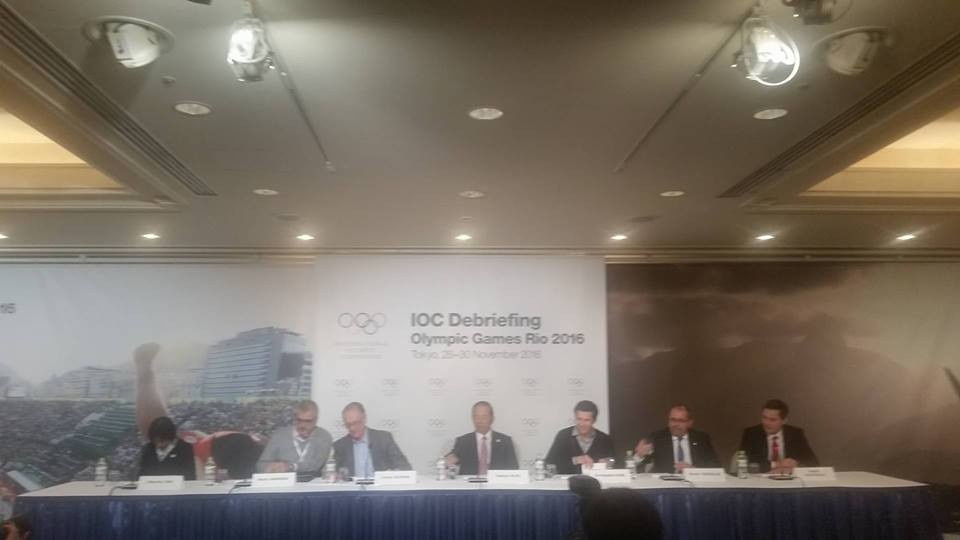 Rio 2016 and the International Olympic Committee (IOC) have each promised today that all suppliers still owed money from August's Games will be paid.

Of the 20,000 suppliers who money was still owed to when the Games ended, it is now claimed that 700 deals remain yet to be finalised.

Two translators are also thought to be still owed fees.

This does mark a considerable improvement on the figures at the beginning of November.

But many companies are still owed millions of dollars in a situation unprecedented in recent Olympic history.

"Assurances have been given that money will be there as part of the host city contract signed with Governments during the candidature phase," answered IOC executive director for the Olympic Games Christophe Dubi when asked by insidethegames if they would consider stepping-in to help make payments.

"It offers a guarantee of payment.

"This is to make sure at the end when we wrap up the accounts, everybody gets paid."

Dubi also outlined ways in which the IOC have already contributed financially.

"The IOC has contributed immensely to the success of the Olympic and Paralympic Games," he said.

Rio 2016 President Carlos Nuzman promised how they "will honour all the agreements that we had" when asked to provide a reassurance to suppliers still owed money.

He then passed over to the Organising Committee communications director Mario Andrada for a more detailed response.

Andrada outlined measures taken to save money since the Games, including the immediate downsizing of the Organising Committee from 5,000 staff to just 300.

"Right after the Games, we had 20,000 suppliers to be paid who had contracts negotiated with us," he said.

"We now have only 700 and we have been in contact with them on a daily basis.

"There is no question that Rio 2016 will honour all commitments and the Rio Games, the marvelous Games, will only be closed when everyone who needs to be paid is paid."

Andrada promised earlier this week how all outstanding fees will be concluded either before the end of 2016, or early next year.

In the latter case, a firm timetable will be drawn-up before the year-end outlining precisely when payments will be made.

Deadlines to make payments to workers, companies and staff members employed during the Games were missed in September and October.

All workers and staff are thought to have now been paid with the exception of the two translators.

This is despite Rio 2016 still supposedly awaiting payments from different levels of the Brazilian Government.

Many suppliers still owed do not believe that they will ever be paid, however, and claim to be considering legal action as their only option.

One representative from a company owed money told insidethegames today how they are "horrified as to how we have been treated".