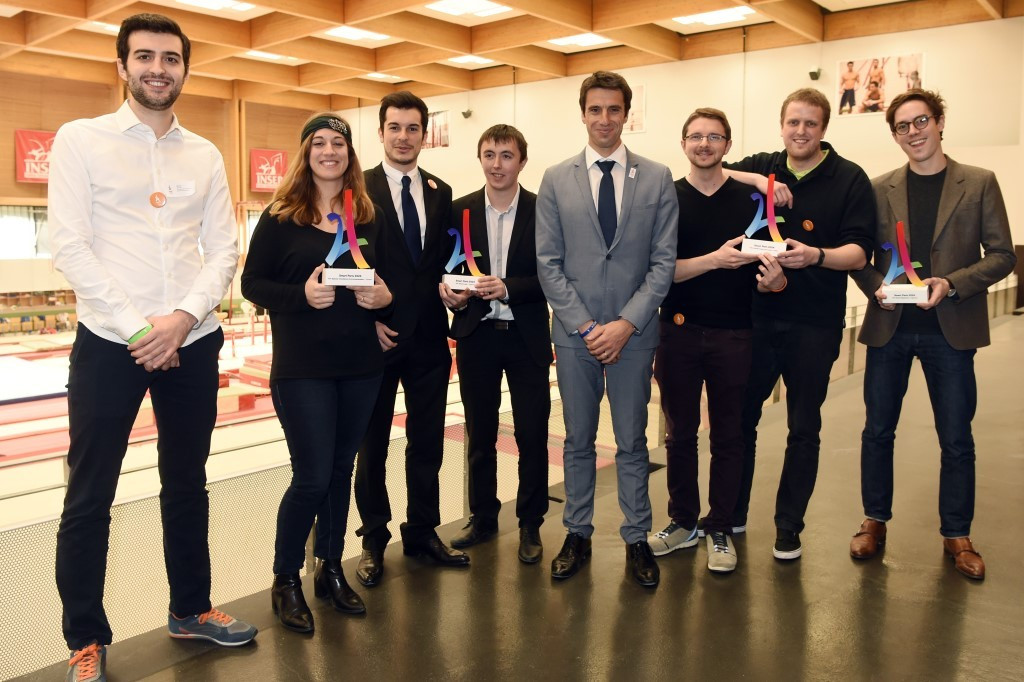 Eight projects have been declared as winners at the Smart Paris 2024 Awards - and will now play a part in the French capital's bid for the Olympic and Paralympic Games.

More than 200 projects were submitted in all after a call for entries in June, with those successful now tasked with making "important contributions" to the bid.

Their work will particularly be in relation to "applying the latest innovations and technologies to help deliver major sporting events and events managed and organised by Paris 2024", organisers say.

All of the submissions were reviewed by a panel which included members of the Paris 2024 Bid Committee and the French National Olympic and Paralympic Committees.

Representatives from the French Government, the City of Paris, the Ile-de-France region, start-up accelerator NUMA and management consultancy firm Algoe also sat on the panel.

Paris 2024 claim that the awards are a "clear sign" that the city is the "start-up" capital of Europe.

In the smart sport category, Athlete Avenue were named as the winners for their international portal which will provide athletes with information and direct contacts for training companies.

The smart experience award went to Digifood, which has created a platform for delivering food products to high-profile events and venues.

Placemeter, who have designed a method to measure pedestrian, bicycle, and vehicle traffic, based on urban intelligence, won the smart city prize.

In the smart mobility category Navya Arma, who have created a driverless electric shuttle, were the winners, while Urgentix won the Smart Event prize for their mobile application which enables users to make emergency video calls while also providing a geolocation.

Willty by Quantic Leads, a scheme that aims to encourage sport by promoting fitness clubs and their loyalty programmes, won the Sport for All prize.

The Environment category was won by Les Lumieres De La Mer's Glowee, a living biological light system, while the accessibility prize was given to Wizigo by Gosense, a system which aims to improve the safety and autonomy of the visually impaired.

"We were very impressed with the high quality submissions for the Smart Paris 2024 awards and this is a clear sign of Paris’ status as the start-up capital of Europe," said Estanguet, a triple Olympic champion in canoe slalom and a member of the International Olympic Committee (IOC).

"I would like to congratulate all of the winners and we are looking forward to working with them as we tap their expertise and inspirational insights to help drive our bid forward.

"We are committed to bidding for the 2024 Games with new ideas and fresh concepts and this includes taking advantage of the skills and knowledge of the 15,000 start-ups that are operational across the city.

"By encouraging innovation and harnessing the creative spirit of Paris and France we will deliver a stunning Games for the modern era in 2024."

Budapest and Los Angeles are also bidding for the 2024 Games.

The IOC will elect a host city at their Session in Lima on September 13.