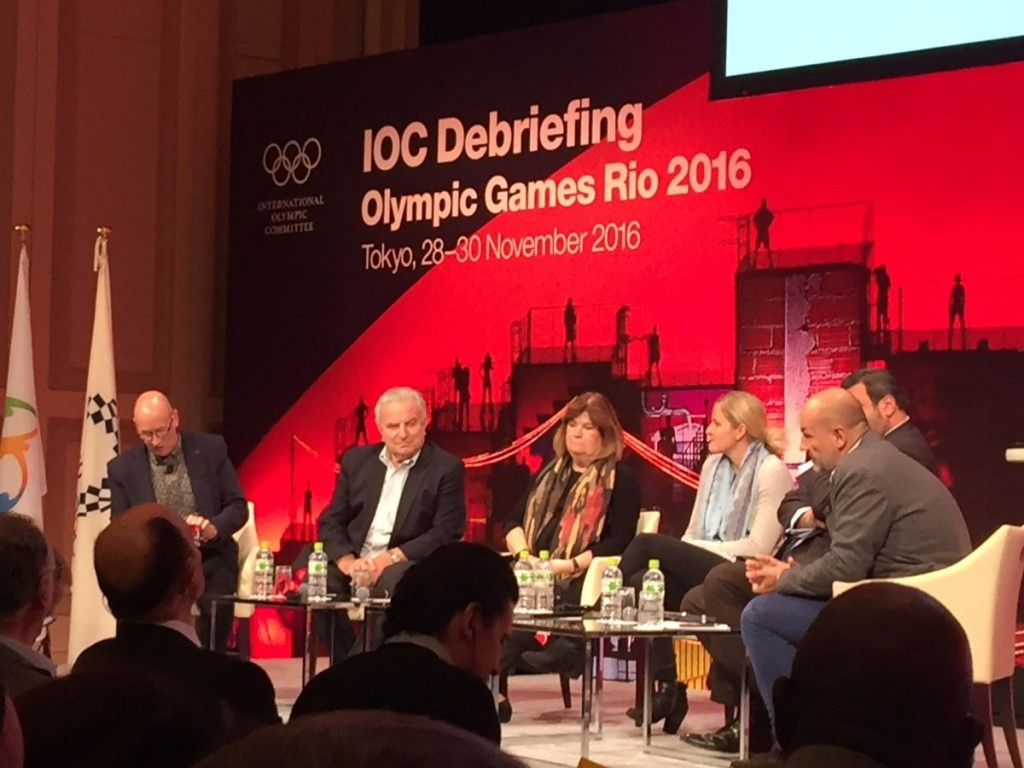 Working out a "matrix of responsibility", defining a functional model for operations and keeping on top of timings have been hailed as three vital components of a successful Olympic Games as the Rio 2016 debrief concluded here today.

These elements were brought up by Association of Summer Olympic International Federations (ASOIF) President Francesco Ricci Bitti in a speech in which he outlined many of the problems surrounding the event in the Brazilian city.

The Italian was the first figure to publicly criticise Rio preparations and the role of the National Government during the 2014 SportAccord Convention in Belek.

He mentioned this today while also reiterating a call for International Federations (IFs) to play a closer preparatory role in future editions.

"Construction went very late [in 2014] so our ASOIF was obliged to make an alert," he said during a closing plenary session.

"This was not well received, [by Rio 2016] but I felt it was necessary to help our friends in Rio with a strong alert.

"They adjusted and called for our support.

"We answered yes, we are ready to do more than usual, so this is a message for the future - use more the expertise of IFs."

Tokyo, he warned, have already been slow in finalising a venue masterplan for which the one outstanding choice, for volleyball, is due to be finalised by Christmas.

Ricci Bitti then drew on some other problems seen in Rio while recommending what Tokyo 2020 should do differently.

"I have to say that when you deliver a velodrome one or two weeks before the Games, it is difficult," he said.

"It impacted on ticketing, on the test events, so I recommend you [Tokyo 2020] consider timing."

Working out a "matrix of responsibility" with different levels of Government and the Organising Committee was also cited as key.

But there was praise for the "flexibility" Brazilian organisers had shown in reacting to problems as Tokyo were urged to do the same.

"In my experience as a businessman here, I would say the quality in Japan is more the discipline," Ricci Bitti added.

"So I recommend them to become more flexible."

Lindberg praised Rio for "building relationships with National Olympic Committees ", claiming that the "only thing [Rio] missed" was "trying to hide" issues with the Athletes' Village.

Borra urged Tokyo to work quickly to build relationships with partners rather than leaving this until too soon beforehand.

The three-day IOC debrief sought to tackle the 12 themes of: "vision as a tool to succeed, good governance: an obligation and a choice, showcasing sport and athletes, energy and power supply, (re)define the services, venue delivery: construct and sustain, innovative communication and engagement, venue management: manage and operate, ticketing and hospitality, security, budget management and procurement, and people management, and sustainability."

There was no discussion on drugs testing during the event, IOC executive director for the Olympic Games Christophe Dubi admitted afterwards, despite the logistical role of the Rio 2016 Organising Committee having been blasted in a World Anti-Doping Agency (WADA) report.

insidethegames was told afterwards that anti-doping planning will become more important closer to the Games but was not considered as useful at this stage with four years still to go.

He said "team building" was the secret of Rio's success before claiming how "the world did not really know" about problems going on behind the scenes.

Another speaker was IOC vice-president and Tokyo 2020 Coordination Commission head John Coates, who declared in 2014 that preparations for Rio were the "worst he had experienced" in his long association with the Games.

He described how getting the field of play and Athletes' Village, as well as transport links between the two, was the most important element.

The Australian added that other factors should be further down the list of priorities, including the IOC hotel and services for spectators and the media.

Delegations from Pyeongchang 2018 and Beijing 2022 were also present this week as well as from the three cities bidding for the 2024 Summer Olympics and Paralympics - Budapest, Los Angeles and Paris.