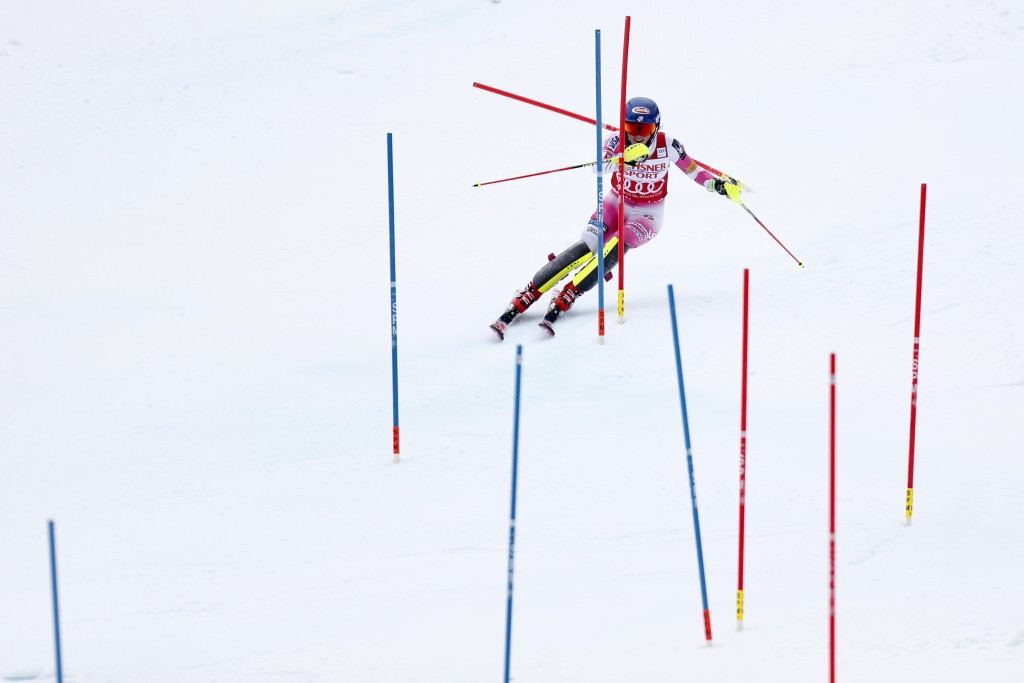 The Olympic champion was aiming to extend her superb run in the technical discipline at a home World Cup in Killington.

A commanding first run saw Shiffrin top the leaderboard, having crossed the line in a time of 43.30sec.

Veronika Velez Zuzulova of Slovakia and Switzerland’s Wendy Holdener were the only skiers within one second of the American after the first run.

Neither skier was able to close on the home favourite in the second run, with Shiffrin clocking 44.65sec to end the event with a winning time of 1min 27.95sec.

"I tried to really pay attention to the bottom of the course because of all the combinations down there and it stacks up," she said.

"I tried to keep attacking down there, it’s a short course.

"You’re not tired by the bottom, or I wasn’t.

"That’s my advantage, when everybody else gets tired and I can still pull away.

"To be able to ski the last split so much faster is a good sign."

The American is now only two wins away from equalling Vreni Schneider’s record of 12 straight World Cup slalom wins, with the Swiss skier having achieved the feat between 1988 and 1990.

Shiffrin’s run includes the first two slalom races of last season before a knee injury sidelined her for two months.

Zuzulova would finish as the runner-up today, with the Slovenian finishing 0.73 seconds behind Shiffrin’s winning time.

The podium was completed by Holdener, who ended a further 0.13 seconds back.