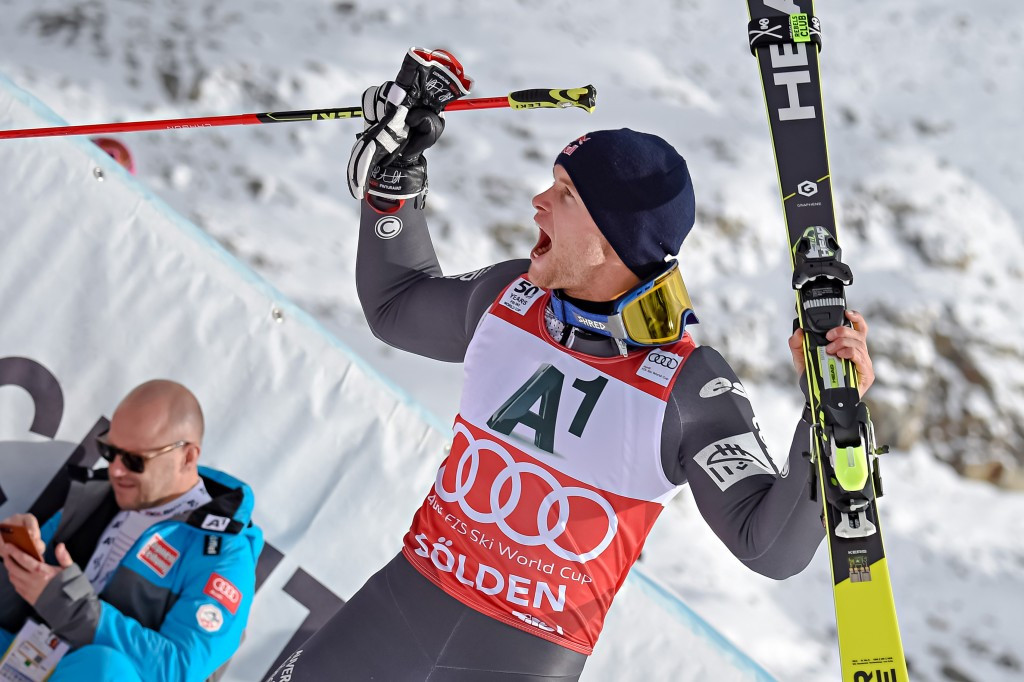 The Frenchman, third in the giant slalom at the Sochi 2014 Games, was the quickest down in both runs at the Austrian resort to begin his campaign in style.

That earned him victory by a margin of 0.70sec over Austria's Marcel Hirscher, who has won the overall FIS World Cup title for the last five years in a row.

Germany’s Felix Neureuther was third on Rettenbach Glacier, 1.37sec adrift of the pace.

"In the beginning, you never know where you are," Pinturault said.

"You never know if you are skiing fast or not and just after Soelden, you can see where you are more or less.

"One thing that is easy in skiing is that there is never strategy, you just have to push and push even harder for the second run."

Hirscher said he was happy with his start to the campaign, as he claimed 80 points compared to the Frenchman's 100.

"I'm super happy because the pressure is definitely on my shoulders, especially at the first race of the season," said Hirscher, who won an Olympic slalom silver in Sochi.

"If I am skiing good, everything is fine, but if I am skiing bad, it is never fun so I am super happy and a lot of pressure has gone away."

The World Cup season will now head to Levi in Finland for the second meeting of the campaign, where both the men and women will be in slalom action.

The women will begin on November 12 before the men follow a day later.