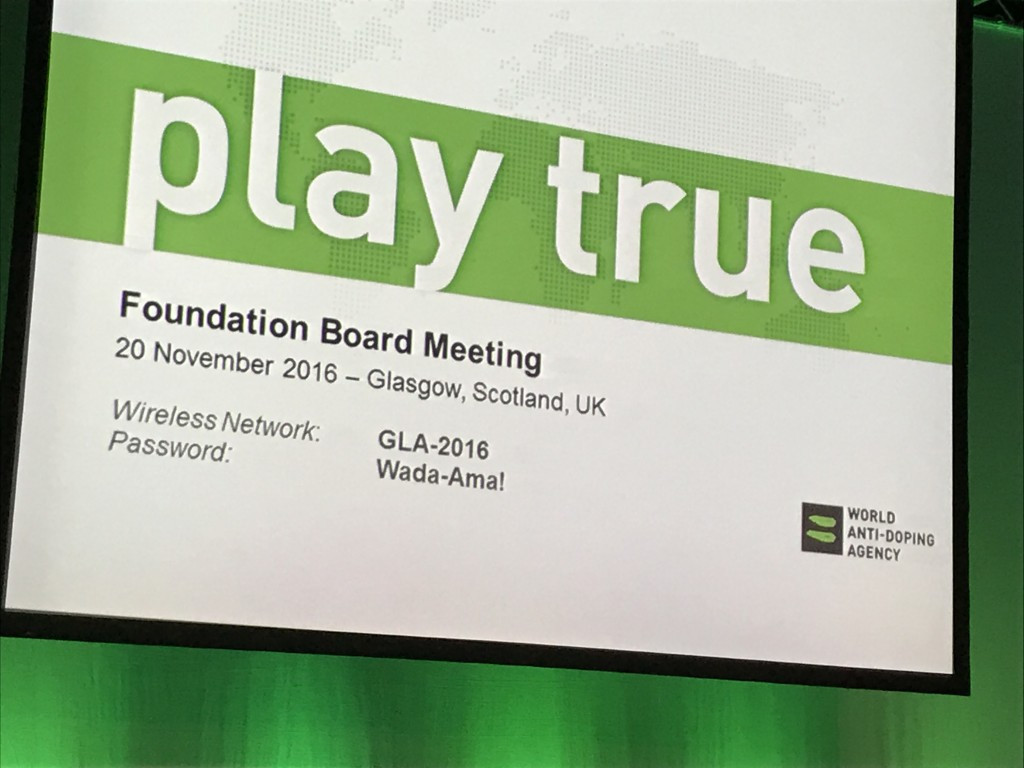 Olympic and Paralympic Games host nation Brazil, Azerbaijan and Indonesia were declared non-compliant by the World Anti-Doping Agency (WADA) during the organisation’s Foundation Board meeting in Glasgow.

The three National Anti-Doping Organisations (NADOs) were named as being at risk by the Compliance Review Committee (CRC) following a meeting in Montreal last month, along with Guatemala and Greece.

Guatemala and Greece escaped punishment, however, after the CRC informed the Foundation Board that issues with their anti-doping measures had been resolved.

The CRC officially put forward declarations of non-compliance for Azerbaijan, Brazil and Indonesia and these were all accepted by the Foundation Board as problems in the respective countries have not been rectified.

Azerbaijan and Brazil were "deemed not to have 2015 Code compliant legal framework in place", WADA said.

The decision on Indonesia’s came "as a result of using a laboratory not accredited nor otherwise approved by WADA and not having provided evidence of this situation having been remedied".

Indonesia is due to host the 2018 Asian Games in Jakarta and Palembang.

Eduardo de Rose, a member of the WADA Executive Committee and the President of the Pan American Sports Organization Medical Commission, told the members of the 38-strong Foundation Board that he did not expect Brazil to be non-compliant for long as issues in the nation were being fixed.

Brazil being non-compliant still represents another embarrassing development for the country after a WADA Independent Observers report, published last month, highlighted a number of "serious failings" in the anti-doping programme at Rio 2016, "some of which" were within the control of the Organising Committee.

This included a loss of service due to budget cutbacks as well as "tensions" between organisers and the Brazilian Anti-Doping Agency.

It was also revealed that more than 4,000 athletes were not drugs tested in 2016 before competing at the Games.

Brazil was criticised by WADA during the Olympics in August for halting its drug testing programme in the build-up to the Games.

The suspension was subsequently lifted, which led to WADA questioning why the second largest team at the Olympics was not being properly monitored at such a "crucial time".

Brazil were briefly placed on a watch-list by WADA’s Foundation Board last November, but the establishment of a unique Brazilian anti-doping tribunal and the implementation of the Code within their legal system saw them avoid being declared non-compliant in March.

Concerns were addressed in a meeting that same month and some assurances were given, WADA said afterwards, but a "whole range of recommendations from previous reports" had still not been acted upon.

Azeri officials claimed they did not have the funds to carry out testing because their budget had been taken up by hosting the inaugural European Games in Baku last year.