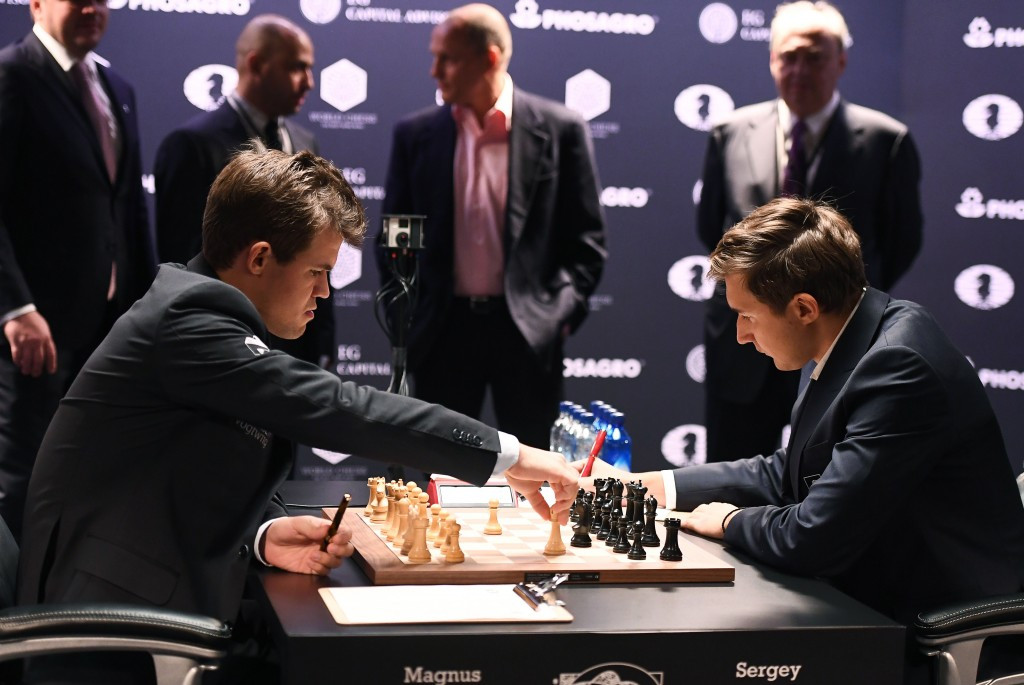 With the best of 12 game series only in its second day, organisers highlighted the two players perhaps being cautious in the early stages in order not to give away their pre-match strategies.

Karjakin played as the white for the first time, with his rival opting to play a Ruy Lopez in the opening stages, with his move designed to disrupt the Russian’s pawn structure.

The two players both traded queens in the early exchanges, similar to the opening match of the Championships.

Karjakin appeared on course to gain the upper hand in the encounter when he penetrated Carlsen’s defences with a rook.

The Norwegian defended well, though, and shortly after removing Karjakin’s remaining pawns, forced a repetition of positions.

As a result the two players agreed on a draw after more than three hours of play, with each gaining half a point.

Following the draw on the first day, the Championship is currently level at 1-1.

Tomorrow is a rest day with game three due to take place on Monday (November 14).

The event is taking place without FIDE President Kirsan Ilyumzhinov after the Russian was forced to miss out because he was refused a visa to the United States.

Ilyumzhinov denied the allegations against him and insisted his only dealings with the war-torn country were part of his duties as FIDE President, even offering to take a lie detector test to prove his innocence.

FIDE also lost a legal bid to block websites reporting moves from the Championship as they happen.

US District Judge Victor Marrero ruled that they did not present a sufficient case to justify the move, with FIDE hoping to "protect the event's rights".