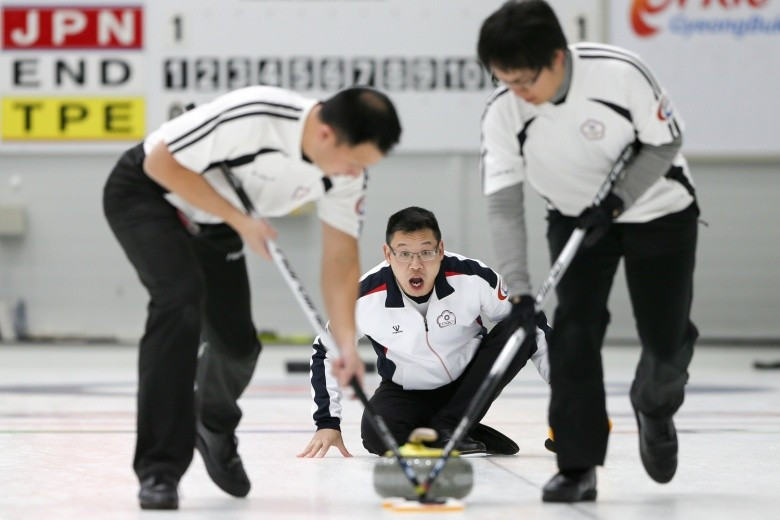 Chinese Taipei's men qualified for the semi-finals for the first time as round-robin play concluded at the Pacific-Asia Curling Championships at the Uiseong Curling Training Center in South Korea.

The Taiwanese knew that a victory over Japan would guarantee their progression to the last four with both teams trading single points in the opening ends.

A steal of two in the fourth end gave Chinese Taipei a 3-1 advantage after the third was blanked, and they increased the gap to lead 6-2 with three ends to play.

Japan scored three in the eighth but Chinese Taipei responded with a triple of their own and held on for a historic 9-5 win.

"I really don’t have any words for it.

"We’ve played this thing for years trying to get to the playoffs.

"We’ve had our moments but making the play-offs is something we’ve been striving for, for so long.

"I just can’t describe it."

Japan had already qualified for the last four and finish on the same record as Chinese Taipei of six wins and two losses.

New Zealand could have prevented the Taiwanese from progressing but lost 7-3 to China to fall out of contention.

The Chinese finish the round-robin with seven victories and a sole defeat, the same record as hosts and defending champions South Korea, who ended by beating Australia 6-3 today.

In the remaining game, Hong Kong beat Kazakhstan 10-8 in a dead rubber.

South Korea fell to their first defeat as they went down 6-4 to Japan, with both countries already through.

The Chinese have also qualified and thrashed winless Qatar 22-2 to end their round-robin campaign.

They will play Japan in the last four tomorrow, with South Korea colliding with New Zealand.