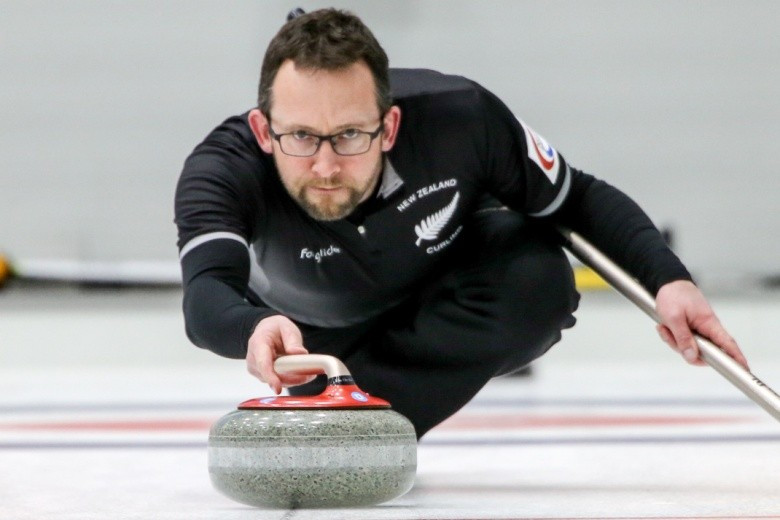 Japan and hosts South Korea both made it three victories from three in round-robin play on day two of the men’s Pacific-Asia Curling Championships.

Both countries got their campaigns off to a winning start yesterday and doubled up with two successes today at the Uiseong Curling Training Centre.

Japan edged Hong Kong 10-7 and then followed that up with a 6-1 win over Australia.

The Koreans, the defending champions, saw off Chinese Taipei 8-2 and then hammered debutantes Qatar 22-2.

It means both countries share the lead at the top of the round-robin, although China also boast a 100 per cent record after two matches.

Today was a good one for New Zealand who recovered from an opening defeat yesterday to win twice, 16-3 against Qatar and 10-3 against Hong Kong.

"We are starting to play better," said Kiwi skip Peter De Boer after the second win over Hong Kong.

"We didn’t want to give them too many chances early in the game, which they did against Japan, where they felt like they could compete.

"We tried to play it tidy and take our twos when we had the hammer and just keep control really."

Following the conclusion of round-robin play, the semi-finals will follow on Friday (November 11) before the men's and women’s gold and bronze medal games will bring the event to its close on Saturday (November 12).

The Chinese led 7-4 going into the last end but their skip Bigyu Wang missed a take-out to allow Korean Eunjung Kim to draw for three and level the contest.

An extra end was needed, but Wang ran out of time when executing a double take-out and forfeited the game.

That meant the South Koreans were declared as the winners with the match not given a score.

"We made mistakes in the beginning," said Kim.

"The skip of the Chinese team made a very good performance.

"We were lucky enough to get three points in the last end and that was the driving force to win the game.

"I told them it was important to get three points and hit the guard [in the tenth end]."