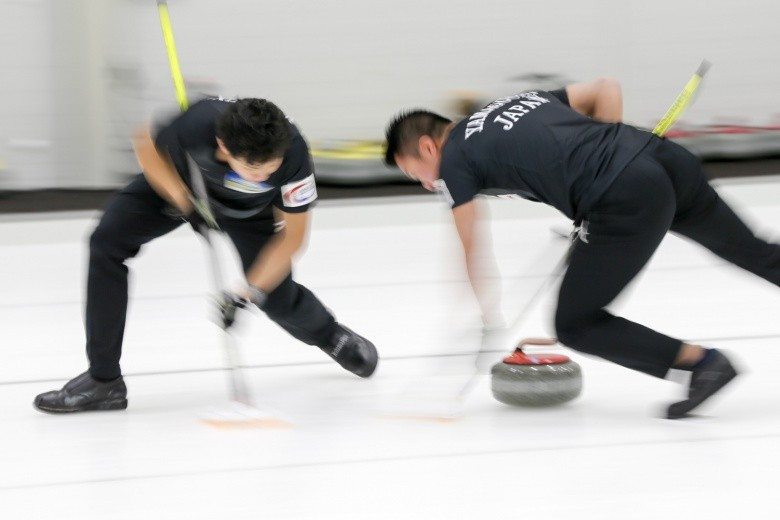 Japan handed South Korea their first defeat of the men's competition at the Pacific-Asia Curling Championships at the Uiseong Curling Training Centre today.

It was the hosts who were narrowly beaten following a tense encounter which finished 6-5.

After a mistake filled opening few ends from both teams, which saw Japan lead 2-1, the Koreans took control going into the break after securing two points in the fourth end and a steal of a single point in the fifth to give them a 4-2 advantage.

Japan struggled to find the opening they needed to get back into the game and, after blanking the sixth end, both teams cancelled each other out in the next two.

With Japan trailing by two points, however, they managed to score the games second two-point end in the ninth to level the scores.

The 10th and decisive end saw Japan's skip Yusuke Morozumi produce a stunning attempt to leave his Korean counterpart, Soo Hyuk Kim, with a difficult draw for the single point.

His effort proved to be too heavy giving Japan the steal and ultimately the win.

"We really wished to win, and knew we could win," said Morozumi.

"It is a great feeling.

"Sometimes we were throwing good, but sometimes we didn’t have a very good situation.

"Sometimes I had to make shots to save the team, and other times the team made the chances. We really want to keep it going for the playoffs."

China, meanwhile, defeated Hong Kong 10-5 and Kazakhstan defeated Qatar 10-8 after scoring three points in the final end to record their first win of the championships.

In the evening session’s final game, New Zealand defeated Australia 8-2 to keep themselves in contention for a playoff position.

They are now one of four teams tied for second place on four wins and one loss, while Australia are still searching for their first win of the week.

The afternoon session in Uiseong featured four matches in the women's competition where China, Japan, Korea and Australia all collected victories.

Japan and Korea both maintained their 100 per cent records in the round-robin stage after their wins.

The Japanese team secured a 15-3 victory over Hong Kong, largely helped by a score of five points in the third end and four points in the fifth, while South Korea defeated New Zealand 9-2.

China picked up their third win in a row after defeating Kazakhstan 20-1 and in the session’s final game Australia defeated Qatar 21-1 aided in part by a score of seven points in the fifth end.

Following the conclusion of round-robin play, the semi-finals are due to place on Friday (November 11) before the men's and women’s gold and bronze medal games bring the event to its close on Saturday (November 12).