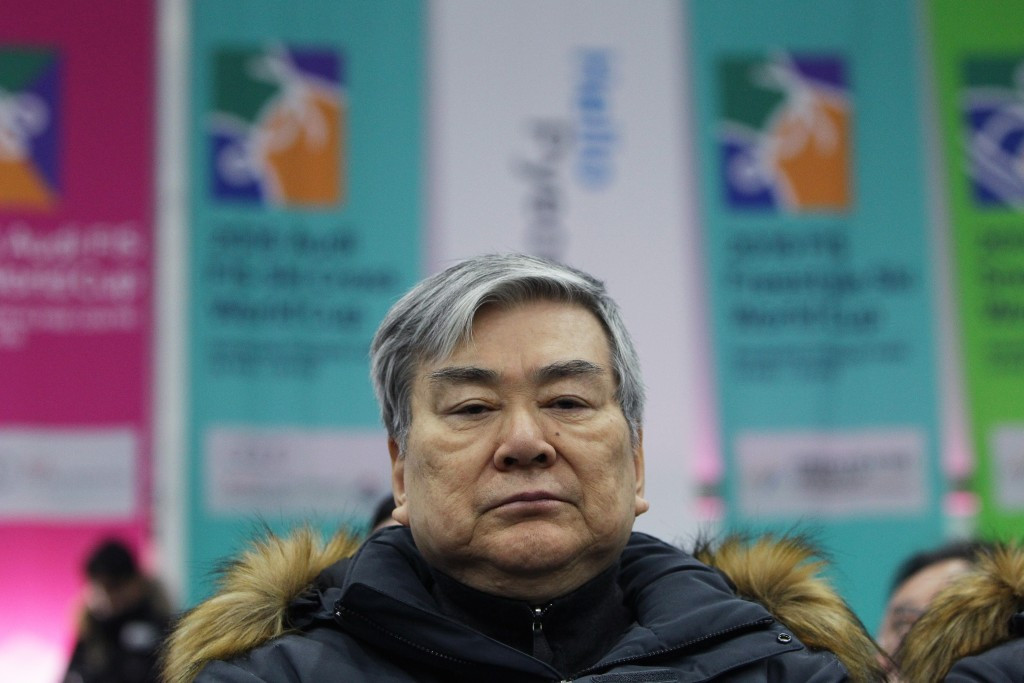 Cho Yang-ho's sudden departure and replacement as Pyeongchang 2018 President earlier this year has been linked to the political cronyism scandal currently engulfing the South Korean Government.

Cho, the business leader who also chaired the successful Pyeongchang bid for the Olympics in 2011, dramatically quit his post in May in order to focus upon stabilising financial issues within the Hanjin Shipping company.

Lee Hee-beom was appointed as his replacement later the same day.

The rapid nature of this transition raised eyebrows at the time as to whether Cho's decision was as voluntary as it was claimed.

It has now been alleged that Choi Soon-si, the woman at the centre of a scandal already threatening to bring down the South Korean Government, may have been involved.

The 60-year-old has been unmasked as an adviser of South Korean President Park Geun-hye, who, despite having no official Government-role, was able "exert undue influence" on policy-making.

But it is alleged that she and other members of her family had a far deeper influence across economic, foreign and defence policy, while also profiting from related business ventures.

This is reportedly because of his refusal to sign a construction contract with the Choi-founded Blue K company.

"It seems that [Cho] flatly refused all unreasonable demands from Choi’s side," Democratic Party of Korea representative An Min-suk has been quoted as saying by the Korean Herald.

"It seems that his resignation may also have been driven by a disgruntled Choi."

Financial problems at Hanjin Shipping have also been connected, with suggestions Choi may have been behind the Governmental decision to declare it an insolvent company.

According to Joongang Ilbo, the Korea Development Bank was planning to extend a bailout measure to Hanjin in March before the process was stopped by an "invisible hand".

This all follows previous allegations that Choi's daughter had sought to manage the Gangneung Oval venue due to be used for speed skating at the Olympics.

The overall scandal is currently overshadowing all other affairs in the next Olympic host nation and it is possible this is delaying ongoing discussions on the next Pyeongchang 2018 budget.

It also conjures a sense of déjà vu for the International Olympic Committee (IOC) as it marks the second successive occasion where the President of the Olympic host nation has been embroiled in a political scandal ahead of the Games.

Brazil's President Dilma Rousseff was impeached and removed from office ahead of Rio 2016 after being accused of manipulating the budget when successfully standing for re-election in 2014.

Park, however, is limited to a single term in office anyway, so cannot stand in elections scheduled for six weeks before the Olympics are due to open on December 20 in 2017.