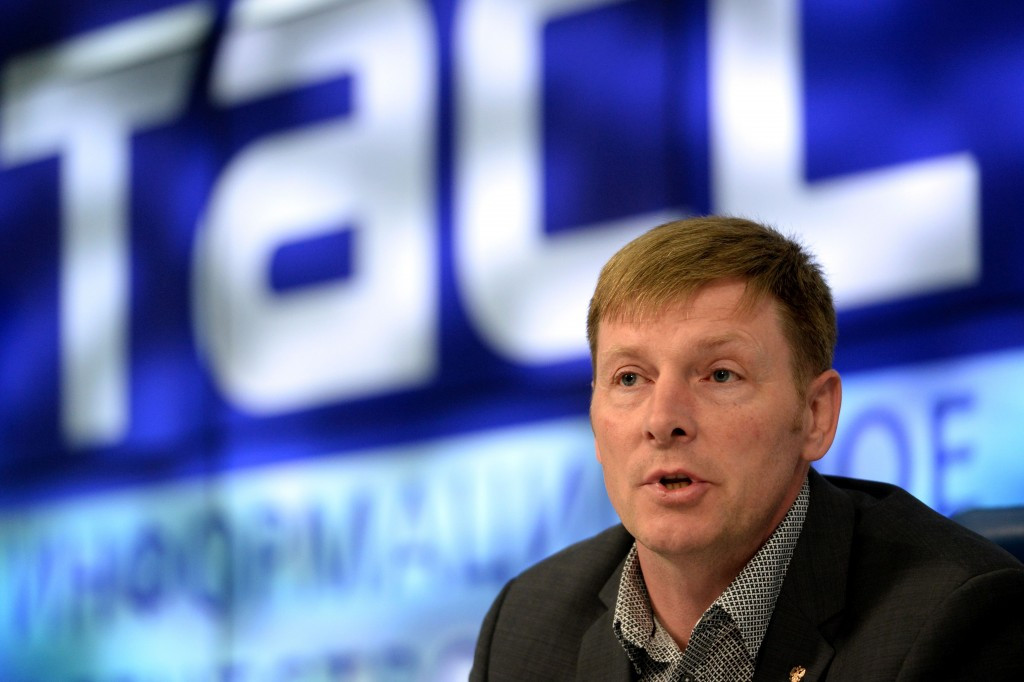 Russian Bobsleigh Federation (RBF) President Alexander Zubkov has dismissed suggestions next year’s World Championships should be moved from Sochi after Belgium’s Kim Meylemans followed Britain’s Lizzy Yarnold in threatening to boycott the event if it is not switched to an alternative venue following allegations of state-sponsored doping.

Yarnold, the Olympic women’s skeleton champion at Sochi 2014, told insidethegames yesterday that she was considering not taking part at the event and called on the International Bobsleigh and Skeleton Federation (IBSF) to find a different host.

The 28-year-old Briton admitted she was fearful over whether her sport was clean after bobsleigh and skeleton was implicated in McLaren Report.

"If nothing changes I wouldn’t rule out not competing," she told insidethegames.

She claimed did not want to compete at an event "where there's not clean athletes and there's not guaranteed anti-doping systems and questions over what's going to happen to my samples".

The report from the Canadian lawyer allegedly uncovered a state-sponsored doping system, present at a number of major international competitions, including the 2014 Winter Olympic and Paralympic Games in Sochi.

Double Olympic gold medallist Zubkov was among those implicated but was still elected President of the RBF in June.

Zubkov, part of the victorious two and four-man crews on home ice at Sochi 2014, admitted the athletes had the right to an opinion but waved off claims that the World Championships could be moved.

It appears unlikely the IBSF will strip Sochi of the event, scheduled to take place from February 13 to 26, after the International Olympic Committee (IOC) backtracked on recommendations they initially made after the McLaren Report was published.

They told Winter International Federations to "freeze preparations" for major events in Russia and asked them to "actively seek alternative organisers" before claiming this only applied to future bid processes and not current candidacies from Russia or competitions which they had already been awarded.

Yarnold is hopeful, however, that the release of the second part of the McLaren Report next month will force the IBSF to take action.

"Everyone has the full right to express their opinion," Zubkov told R-Sport.

"Before you speak, you need to think well what to say, how to say.

"We all look forward to, we are ready to accept [the World Championships].

"We hope all goes according to plan during the preparation of the World Championships."

Zubkov’s comments followed Belgian Meylemans, 19th at the 2015 World Championships in Winterberg, describing Yarnold as a “"hero" and declared she would not participate in 2017 unless the competition was moved.

"I agree on everything Lizzy said and am NOT going to compete at this year’s World Championships if they are in Russia!" Meylemans wrote on Facebook.

"I can't support state sponsored doping, cheating and homophobia as an athlete and as a person!"

The British Bobsleigh & Skeleton Association (BBSA) has issued a statement today following Yarnold's comments, in which they said they "trusted" the IBSF to take a "strong stance".

Yarnold had criticised the IBSF yesterday, admitting she was "surprised" they had not been tougher on Russia.

British Bobsleigh performance director Gary Anderson claimed the governing body are "considering all options" and said they have a "big decision" to make over whether they send athletes to participate at the World Championships in Sochi.

"The British Bobsleigh & Skeleton Association fully supports clean sport and we want all our athletes to compete on an equal footing," the statement read.

"We note and share the concerns of our staff and athletes ahead of this season’s World Championships in Sochi and we continue to seek reassurance from our international governing body, the IBSF.

"As an organisation, we are in regular dialogue with UK Anti-Doping, the World Anti-Doping Agency and the IBSF and we await the publication of Professor Richard McLaren’s second report, which is scheduled for December.

"We trust that the IBSF will take a strong stance to protect clean sport and act accordingly."